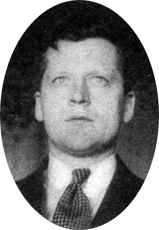 Most Recent Speeches (Page 1 of 5)

It is too low.

In what year did that occur?

What is wrong with it?

I rise to speak in this debate, believing that I can contribute to the discussion a viewpoint to which no one else has as yet given expression. Because of my age and inclination I am one of the few members of this house who would be directly affected by the involvement of this country in war. This government's foreign policy in case of war involving Great Britain, is therefore of vital interest to me as well as to thousands of my fellow citizens who are to-day of military age. I propose to deal with only two phases of the question. First, there is the legal aspect of it, which, while I consider it important, is nevertheless insignificant when considered in relation to the sentiments and feelings of Canadians throughout the dominion.

But what is Canada's position in case Great Britain is involved in war? Whether it be a war of aggression or a war of defence, and regardless of what moral reasons may obtain, I argue that in either event, our king being at war and all Canadians being subjects of our king, Canada is automatically at war. The British North America Act provided for our allegiance to the crown, and this allegiance by all nations comprising the British commonwealth of nations, of which Canada is one, is specifically provided for by that part of the preamble contained in the second paragraph of the statute of Westminster, which reads:

And whereas it is meet and proper to set out by way of preamble to this act that, inasmuch as the crown is the symbol of the free association of the members of the British commonwealth of nations-

And these are the words to which I wish to draw particular attention.

-and as they are united by a common allegiance to the crown, it would be in accord with the established constitutional position of all the

members of the commonwealth in relation to one another that any alteration in the law touching succession to the throne or the royal style and titles shall hereafter require the assent as well of the parliaments of all the dominions as of the parliament of the United Kingdom.

If I am right in this regard, then I submit that any discussion of what Canada might do in a certain set of circumstances wherein Great Britain is engaged in conflict with any one or more foreign powers is irrelevant.

Whether I am right or wrong in respect to the first question does not, however, in my opinion matter to any great extent; but the second and most vital phase of the problem, which in my judgment overshadows all issues connected with this vital subject, is embraced in the question: What will Canadians of

military age do if Great Britain is at war? In recent months I have talked to hundreds of Canadians of my own age or younger, and I believe I am expressing their view when I say that in such an event they will offer their services to the empire with the same eagerness and high degree of patriotism which characterized and motivated the actions of their fathers who fought and died for the empire during the great war. Totalitarian forms of government, and their persecution of minority racial and religious groups, are repugnant not only to myself but to my fellow Canadians of military age. And further acts of aggression which may imperil the British empire and democracy itself cannot in our opinion be tolerated.

It is their judgment as well as mine, subject to the qualification I have provided, that the establishment and maintenance of world peace on a permanent basis demand forthwith the halting of the aggressor nations of the world. To this end it would appear that the frontiers of Canada, as a member of the British commonwealth of nations, can no longer be considered to be the Atlantic on the east, the Pacific on the west, and the United States on the south, but are rather the existing boundaries of those nations which to-day threaten the peace of the world and the lives of those nations and peoples that believe in democratic forms of government. That, to my mind, is a fair expression of the opinion of the young men of Canada, who are of the same flesh and blood that provided the finest fighting shock troops the world saw in the last great war. If we are confronted with a world crisis which demands action, may I say to the house and to all who may be concerned, that we accept not only the challenge but the trust reposed in us by those immortal lines of John McCrae, who wrote:

Take up our quarrel with the foe:

To you from failing hands we throw The torch; be yours to hold it high.

If ye break faith with us who die We shall not slefep, though poppies grow In Flanders fields.

On motion of Mr. Thorson the debate was adjourned.

On motion of Mr. Mackenzie King the house adjourned at 10.55 p.m.

The plant which you wanted closed down.