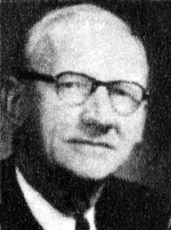 Most Recent Speeches (Page 1 of 9)

4. What was the amount of butter oil the government had in storage as of January 1, 1965?

6. In what manner was the butter oil disposed of and to whom?

7. What prices were received for the sale of butter, butter oil?

Yes, Mr. Speaker. I am sure that by this time many Members of the House of Commons realize the serious situation that exists throughout the Ottawa valley affecting the eastern part of Ontario and the western part of Quebec. Some counties are more seriously affected by the drought than others, but one fact that comes to our minds is that within the last few days farmers have found it necessary to dump a lot of

Drought Conditions in Ottawa Valley unfinished cattle on the market, with the result that the sales barns in this area have been operating into the early hours of the morning in order to dispose of them at very depressed prices. In four adjacent counties in the Ottawa valley there are 258,600 head of cattle, and the farmers find that their fodder is becoming exhausted and they have to do something in a hurry.

The effect on the cattle population is not the only serious aspect. In the Ottawa valley area and the western part of the Province of Quebec there are some of the finest farmers in Canada. They have spent a lifetime, as their fathers did before them, in building up foundation stock, and now they find they are going to have to market stock which it will take them a lifetime to replace. We also find that the production of fruit and vegetables in this area has been reduced to a trickle, resulting in increased costs to the consumer and leaving the producers with very little income.

I think this matter is very urgent, Mr. Speaker, and that we should take immediate steps to see if we can do something to relieve the situation and help the farmers of this area to lay plans for the future. In today's paper I note that the farmers of this area who have suffered from drought for the last two years have found it necessary to purchase large amounts of fodder and to borrow from banks, which is an added burden on top of the mortgage payments that some of them have to make. According to the press they are asking that a freeze be placed on their mortgage payments so they can re-establish themselves.

I ask, Mr. Speaker, that this matter be given serious consideration.

Mr. Speaker, I ask leave to move the adjournment of the House in accordance with Standing Order No. 26 in order to discuss a matter of urgent public importance, namely the distressing situation that has developed in large parts of Quebec and Ontario due to the worst drought in living memory, the resulting great drop in farm production, the forced selling of livestock due to lack of fodder which will seriously depress the entire Canadian livestock market, the extremely grave effect on farm income, and the failure of the Government to take any initiative to determine an immediate course of action to deal with this critical emergency.

Mr. Speaker, I wish to thank you for this opportunity. As already pointed out, this condition is one of the most serious that has occurred in this community during the last three quarters of a century.

The rainfall during the past crop season has been less than needed. There are grave circumstances facing the farmers. The area affected covers a great many different types of farmers. In Renfrew county it is mostly cattle raising and dairy farming and the dairy industry has certainly suffered.

One farmer told me yesterday that he was about to put in a milk cooler, but in view of present conditions he wondered if it would be necessary for him to instal it. Many of the farmers with dairy cattle in this area have already fed them what surplus feed was left from last year, and now find their pastures are becoming totally depleted. As I mentioned just a few minutes ago, at the time of the 1961 census the cattle population in the four counties adjacent to the Ottawa River totalled some 260,000 to 270,000. Many of them are dairy cattle. Many farmers have young stock coming along and, due to the shortage of pasture fodder, something will have to be done to alleviate their plight.

Farmers are taking unfinished feeders to the sales barns, which are overloaded, and according to one newspaper I notice that at Cobden and in Perth last week they continued selling cattle until the early hours of the morning.

Finished cattle at the present time are selling in the neighbourhood of 25 cents a pound. Considering the farmers' machinery costs and their capital investment, the return is not too much. According to reports, some of the cattle that have been dumped on the market because of lack of feed have been

Drought Conditions in Ottawa Valley sold at ridiculously low prices, some even as low as 13 cents or 14 cents a pound.

It is hardly necessary to point out that in such circumstances a farmer would certainly find himself in a drastic financial condition. It takes a number of years to lay the foundation for a herd. Cattle which he purchased two years ago most probably cost more than he can get for them at present, and this creates a drastic situation. During the last few years many young farmers have bought farms at reasonable prices and equipped them with stock and machinery. In 1963 and again in 1964 they found it necessary to buy feed for their stock. They had to borrow from the banks, and now they find themselves in a desperate situation, obliged to dispose of their stock at prices far below their value. Their output of dairy products is extremely limited; they are finding it necessary to buy meal, and cannot see their way clear to repay their loans to the bank, plus the interest on those loans. Yet if they fail they face the loss of their mortgages.

I do not think I need emphasize to you, Mr. Speaker, the great plight which the agricultural community is facing. Of course we hope to get rain immediately. That would help to bring on a second crop. It would help the grain. But whether we do or not, a degree of damage has already been done which cannot be repaired. Every one of these farmers will find himself in a difficult financial position this fall; he will find himself obliged to make severe readjustments in order to remain solvent.

This is why I have brought the present motion before the House. I want to see what can be done to establish confidence among these people, who laid the foundation for this great country of ours. I want to let them know that their representatives throughout Canada are thinking of them and are willing to give every assistance so as to tide them over this distressing situation. I believe others will wish to speak on this subject. This is a situation which I am sure we all regret. It is one which can be solved by co-operation and by putting our shoulders to the wheel.