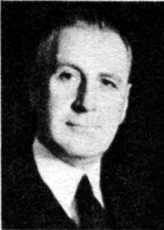 Most Recent Speeches (Page 1 of 4)

1. What was the final cost of the Alexander Graham Bell museum erected in Baddeck in 1956?

What was the final cost of the federal public building erected in Baddeck, Nova Scotia, in 1956?

[The following items were passed in committee of supply]:

1. Has the government of Nova Scotia requested the federal Department of Public Works to agree to include a bridge across the Bras d'Or lake as part of the trans-Canada highway?

2. If so, what decision has been reached?

[The following item was passed in committee of supply]:

Mr. Chairman, while we are discussing this resolution and museums in general I should like to take this opportunity to say that in the constituency which I represent, Cape Breton North and Victoria, there was opened last summer a museum which I might say, with all deference to my hon. friend from New Brunswick, cannot be duplicated. It was erected in recognition of

a great humanitarian, one of the greatest men of all ages. I refer to Dr. Alexander Graham Bell.

It is perhaps fitting that this museum has been erected on the grounds or near where Dr. Bell did most of his experimenting and very much of his research work, particularly in the field of aviation.

It was at Baddeck that he experimented with and produced the first heavier than air machine to fly in the British Empire. I might say, too, sir, that it was Baddeck this great man chose as his last resting place. He and Mrs. Bell are buried at Beinn Breagh surrounded by the beautiful Bras d'Or lakes and by the brooding beauty of the Cape Breton hills.

This building is of unique design. When Dr. Bell experimented with his flying machines he built kites in a tetrahedroid shape, and this motif can be plainly discerned in the design of the building. I should like at this time to pay tribute to the great personal interest the Minister of Northern Affairs and National Resources has taken in this building. He followed its development from the beginning with keen interest as did his predecessor in office, who is now the Minister of Public Works. We in Cape Breton North and Victoria and in fact all the people of Nova Scotia are greatly indebted to the minister and his staff for the great interest they displayed and their efforts on our behalf in order that we might have this great museum.

1. To how many citizens in Nova Scotia was the disability allowance awarded during 1956?

2. What is the total number of citizens in Nova Scotia receiving an allowance under the Disabled Persons Act?

1. Records furnished by the province of Nova Scotia show a total of 386 applicants awarded disabled persons allowances in the calendar year 1956.