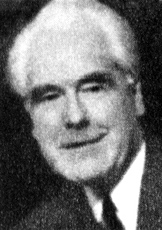 Mr. Chairman, I would not have risen to speak at this time except for the fact that I heard what was said by two hon. gentlemen on the other side of the house and I listened to the remarks made by the hon. gentleman who spoke on this side of the house. While the hon. member for Bonavista-Twillingate was speaking the Postmaster General was out of the house but he has now returned, and I think in fairness to the former minister of citizenship and immigration he might rise in his place and state what is the fact. As far as I have been able to ascertain, every co-operation was given to the Postmaster General in respect of this matter in Montreal.

May I ask the hon. member whom he is addressing when he says "you"?

He doesn't have to.

You are a coal expert.