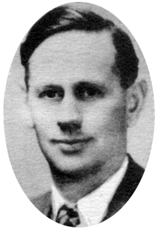 Mr. Chairman, in the discussion this afternoon something has been said about the time the bill was introduced into the house. If my memory serves me correctly, the Minister of Finance introduced the bill on May 2. It was referred to the banking and commerce committee on May 16, and on May 17 that committee gave Bill No. 91 precedence over all other business. The bill was finally passed in the banking and commerce committee on July 27. Therefore that committee spent two months and ten days in the discussion of this very important bill. I do not think any member of that committee or any member of the house can say that there' was not ample time for a full review, investigation and discussion of the provisions of the bill which renews bank charters for another ten years.

I should like to make only one or two observations with respect to the provisions of this bill. I am very much in favour of those provisions which extend longer term credits to the great agricultural industry in Canada. I regard the banking business as a commission business. The banks have their capital; they have their reserves, and they have a deposit business.

The Minister of Finance has effectively reviewed the situation as far as the issue of Bank of Canada money is concerned, through the chartered banks. However, after two months and ten days of discussion the hon. member for Vancouver-Burrard had some suggestions, which I regarded as his final suggestions. I find that on Thursday, July 20, seven days before the bill passed the committee, the hon. member for Vancouver-Burrard said this:

Mr. Chairman, yesterday the matter arose in connection with a liability that would be created or that some seemed to think ryould be created by the Bank of Canada taking over the savings deposits.

Meaning the savings deposits of the Canadian people.

I was not speaking from

that angle at all. The suggestion had been made that there might be eight hundred families in Toronto without shelter this winter. You cannot get enough houses built under any scheme between now and Christmas to take care of people in those circumstances, and I was saying that we had in Ontario, in the small municipalities, hamlets and villages, a substantial number of good, habitable houses now vacant which would enable us to take care of an emergent situation. I am in full

accord with what has been, said of the necessity of a large housing scheme for the Dominion of Canada as one of our post-war objectives.

I do not think that Mr. Clarkson, the chartered accountant, could be classified as an adviser of the minister, nor could Professor Jackson who represented the retail federation. They both upheld the minister's view.

I believe that there should be a broad general statement of the position of the accounts at the end of each year, as gone over by the auditor; but to undertake to divulge to parliament, and through parliament to the public, the intimate position of every company's business would be, to my mind, entirely impracticable.

*Me hon. member referred to the method the government should" adopt to take over bank deposits. I quote:

In 1868; if my memory serves me correctly, the Dominion of Canada set up through the Post Office Department facilities to take care of bank deposits of the people of Canada. After seventy-six years of operation the savings branch of the Post Office Department has on deposit approximately $28,000,000 of the savings of the Canadian people on which they are paying a higher rate of interest than is paid by the chartered banks. During that period of years the chartered banks have been accepting deposits, and coming down to about the close of 1943 I find that in round figures the ten chartered banks of the Dominiqn of Canada had about $4,000,000,000 in deposits. I think that illustrates quite definitely the choice on the part of the Canadian people with regard to whether they consider the services of the post office savings banks as suitable as those of the chartered banks to meet their general banking requirements.