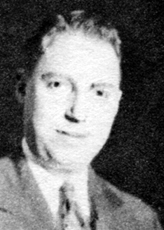 Mr. Chairman, I should

like to say a few words on this resolution. First of all I should like to comment on the remarks made by the hon. member for Greenwood, that affable gentleman whom I am going to call fairly soon "Mr. Too Little and Too Late". I was disappointed that he did not have a few kind words to say about the proposed legislation which has been introduced by the minister. I am glad to note that the hon. member for Vancouver East did so. I am sure the people of the city of Toronto will be extremely pleased with this resolution because they will be receiving a federal grant of about $1 million. I am sure that the people of my constituency of York Centre and the people of the township of North York will be most happy because they will be receiving about $800,000 a year under this proposed legislation.

I do not intend to talk this afternoon about the constitutional aspect. I should like to discuss the resolution. But I think what I should do in a few words is to keep pointing out, as I have done in the past, that you must consider the constitutional aspect of this thing. I suppose it means that I will be talking ad nauseam about the creatures of the province, but it is a fact that the municipalities are the creatures of the province. It seems to me that hon. members opposite, although they may realize that fact, skirt about the topic. Certainly they imply, as far as I can understand the matter, that this has now become almost a federal responsibility. Mr. Chairman, we all realize that the problems of the municipalities are the concern of all levels of senior governments. Of that fact there is no doubt.

But I often wonder, for example, about those provinces in western Canada which seem to be reducing their provincial debts very greatly. Of course that is to be commended. But if they are doing such a good job in that respect, I do not see why they cannot give greater grants to the municipalities. Certainly the municipalities are the direct concern of the provinces.

We have been helping the municipalities. The federal government has done a great deal.

Mr. Chairman, I would

By the fathers of confederation. As I was saying just a moment ago, Mr. Chairman, I think it is true that the federal government has given assistance and has recognized this problem by helping in the way in which it constitutionally could do so. In other words, in tax rental agreements provision has been made to give the provinces substantial payments and then in turn those provinces can help the municipalities if they see fit to do so. But certainly that is something that is to be determined by the provinces concerned. In other words, we will help but we cannot and will not infringe upon provincial jurisdiction. If we did that and if we went ahead and gave substantial grants to the municipalities- something which I say constitutionally we cannot do-of course we would be centralizing, something which my friend the hon. member for Edmonton East has been talking about; and centralizers, of course, are very bad. In other words, we are damned if we do something and we are damned if we do not. I think the federal government has shown an admirable attitude towards the municipalities and I think that fact is most clearly seen by the fact that this legislation has been brought in today.

What I should like to say is that the great advantage of this legislation, as I see it, is the simplicity of it. It is simplicity itself. It provides grants for federal property in lieu of taxes. Several of us in this house deplored the fact that there was a floor of 2 per cent and it has now been removed. As I say, I think this again shows that the federal government is interested in doing everything it can possibly do to help the municipalities.

If I may, Mr. Chairman, I should like to allude for a few moments to the situation in my constituency of York Centre. I think it will be shown by these figures which I shall quote how much this legislation is helping the people in this part of Ontario. In 1955, for example, the federal grant for Downsview airport amounted to $338,000. At that time the airport operated its own school. If the township had operated the school at that time it would have received another $175,000 but it received only $338,000.

I might say, Mr. Chairman, that this Downsview airport is a tremendous undertaking. The people of North York are extremely pleased to have it in the township, notwithstanding the fact that sometimes the planes fly a bit low. The interesting thing is the way this amount has increased. In 1956, it went up to $500,000. Last year, one of the able members of the Department of Finance and myself were able to negotiate with the township of North York school board and as a result the school children from the Downsview airport will be educated by the township of North York. This, of course, means that more money will be provided by the department for the township.

At the present time the grant, as I say, will be in the neighbourhood of $800,000 per year. There are three reasons why the amount has gone up. First of all, the assessment has gone up considerably because of the extension of the Downsview airport through the erection of scientific and research facilities. A recreational centre has been built and we hope it will be used by the township people. Another reason also is found in the removal by the government of the 2 per cent provision. The township will be receiving full taxes, plus school taxes. Thirdly, of course, there is the payment of the school rate which, alone, would amount to $300,000 out of the $800,000.

I feel that these facts show how important this bill can be to certain constituencies. I might point out that the budget of North York township, the general rate, is $4.5 million this year. As I say, of that $800,000 will be paid by the federal government on

Municipal Grants Act account of this great property in North York. Of course, the total township budget is $16 million and the $4.5 million is exclusive, of school and metropolitan taxes. The township of North York has grown to a size of

175,000 people and is the third largest city in Ontario now. These are the municipalities which need assistance. Metropolitan Toronto and the metropolitan areas of other cities in Ontario and the other provinces are the ones that need assistance. My submission is that this bill is very definitely assisting those municipalities that really were desperate.

In conclusion I might say one thing, and that is that I feel this whole matter of municipal taxation and municipal assessment is one that has to be considered primarily from the provincial level. I do not know the problems of my friends from Alberta or British Columbia but, as I stated in this house last year, I do know there has been no revision of the Municipal Act in Ontario since 1917. Of course, the Municipal Act was first passed in 1837 under the Baldwin-Lafontaine ministry. It is an act that needs to be overhauled. The council and people of North York feel it is unfair for the general taxpayer in the township to pay taxes on real estate to support everything. In other words, this is a fundamental problem and must be resolved by the provincial governments. We cannot escape from the fact that the municipalities owe their existence to the provincial governments and the provincial governments must solve these problems. Certainly, the federal government is willing to help. This legislation is evidence of the fact that it is willing to help. I should like to commend the Minister of Finance for his attitude and I feel the government has done a splendid job. As I say, I know the people from my part of the country are extremely grateful for this generous assistance.

the Minister of Citizenship and Immigration tell the house whether or not the government is contemplating an air lift for those in the United Kingdom who wish to emigrate to Canada?