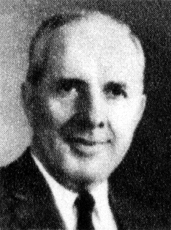 Most Recent Speeches (Page 1 of 3)

Mr. Speaker, I do not think we are discussing what the member for Antigonish-Guysborough wears when he goes back to his constituency. We are not concerned with that; we are talking about this agricultural support bill.

-or on a point of privilege-

Mr. A. R. MacDonald (Parliamentary Assistant to the Minister of Transport):

hon. member did not give notice of this question. May I take it as notice and provide an answer later?

Mr. Speaker, in rising to take part in the debate on the motion of the Minister of Agriculture for second reading of the bill to provide for stabilization of the prices of agricultural commodities, and to speak for the first time at any length in the house, may I extend to you, sir, my belated though sincere felicitations upon your elevation to the honourable post of chief commoner of Canada. Throughout the years the

position of Speaker has always beer, associated with the very warp and woof of parliamentary practice. I feel that you will continue to discharge the onerous responsibilities connected with this exalted office with competency and impartiality.

May I also offer congratulations to the mover and the seconder of the address in reply to the speech from the throne. Both these gentlemen acquitted themselves with notable grace and distinction.

I am a new member of the Canadian parliament. The constituency I have the honour to represent has played a very important part in moulding the economic and cultural life of eastern Canada. It is the seat and centre of that distinguished school of higher studies, St. Francis Xavier University, whose co-operative plan and extension movement have evoked the plaudits of a continent. In the political field my constituency gave to public life a man who graced and adorned the Canadian parliament and who became one of the distinguished prime ministers of our country. I refer to Sir John S. D. Thompson.

As a new member I neither possess nor profess great knowledge of parliamentary practice and procedure, but I do believe that in the matter of parliamentary representation the functions of a member of parliament are two fold, one proximate, the other remote. The proximate concern of a federal member is to safeguard and foster the general welfare of his constituency, to improve where possible the economic, social and cultural life of his constituents. This in itself is a laudable ambition. But although it is commendable to seek the welfare of one's own constituency, we should never be swayed or blinded by petty or parochial considerations. Canada, with its notable heritage, is too big for parish politics.

Thus I believe that the problems of my province or any constituency should, in a general sense, be the sincere concern of all. All provinces, western, central and eastern, have their own particular problems and difficulties, but in this vast and wealthy country there should be no provincial problems incapable of solution if we are motivated by a spirit of co-operation, tolerance and good will.

For this reason I am particularly happy that the Minister of Agriculture has introduced legislation to establish a system of guaranteed prices for certain agricultural commodities. The various clauses of the bill will, I am sure, receive close attention by hon. members who are to follow. It is well known that a prosperous agriculture is a guarantee of urban prosperity. We also

Agricultural Products-Price Stabilization know that agriculture is the basis of our Canadian economy. The introduction of the farm prices support bill is a source of gratification to all residents of rural as well as urban communities across Canada. The farm prices suport legislation will have a far reaching effect on the well-being of farmers in my constituency of Antigonish-Guysborough, as in Canada generally.

Guided by the extension department of St. Francis Xavier University of Antigonish, Nova Scotia, where an improved rural economy has been the objective for many years, Eastern Co-operative Services Limited has embarked upon a bold plan of expansion that is perhaps the greatest challenge that has ever been placed before the rural people of the six eastern counties of Nova Scotia, Antigonish, Guysborough, Inverness, Richmond, Victoria and Cape Breton. The implementation of the farm prices support bill will surely bring new hope to the farmers of eastern Nova Scotia, and to all farmers in Canada.

The estimated cost of bringing into being the expansion plan to which I have already referred is $500,000, of which amount one-third has already been subscribed. In order that the success of this great program may be assured, financial assistance from both federal and provincial levels will be anticipated. When in operation this plan will provide the opportunity for approximately 7,000 farmers and fishermen to join hands in one large group, to speak and negotiate with one voice, to purchase supplies and to market products of the farm and of the sea in a modern, scientific manner through one central organization.

Today, Mr. Speaker, we live in a fast-moving world that is highly competitive and highly organized. Apart from farmers, practically every occupational group is unionized or organized to protect its welfare. Lacking organization, farmers today are receiving only 46 cents of the consumer dollar.

The project being undertaken by Eastern Co-operative Services Limited of Nova Scotia is a modern trend that is developing in agriculture throughout North America, and it is the only kind of program that will solve the problems existing among the small farmers of eastern Nova Scotia. In these six eastern counties there are 6,500 farms in operation at the present time. There are over 800,000 acres of land in these farms, but only 128,000 acres are cultivated. The total gross income from all these farms is $4.9 million.

Speaking of markets, may I say that the people of eastern Nova Scotia and Newfoundland consumed $93 million worth of food in 1956. Here is a market at our very doors,

Agricultural Products-Price Stabilization yet we produced but a small portion of the food necessary to supply that potential market. Why have the farmers of eastern Nova Scotia not taken advantage of this vast and expanding market? There are, no doubt, numerous answers to this question, but I believe the number one answer to an insufficiency of production has been the lack of price stability for the primary producers. I am confident that the farm prices support bill will provide an incentive to farmers to produce in much larger quantities, because they will be assured of a fair return for their efforts.

May I extend to you, Mr. Speaker, and through you to all my colleagues in the house my sincere thanks for their kind attention.

Mr. A. R. MacDonald (Parliameniary Assistant to the Minister of Transport):

Mr. Speaker, I will take the hon. member's question as notice.