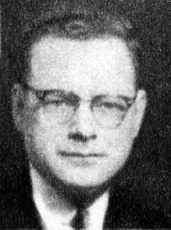 Order. Will the hon. member yield the floor to an hon. lady?

I have recognized that there are many opportunities given to this house for unlimited scope in terms of the subject matter of debate. There is the throne speech debate and the budget debate, as well as other occasions. The citations given in Beauchesne are dicta that I might follow, in certain circumstances. I think my case for ruling that the subject matter must be fairly narrowly defined is based on Mr. Speaker Beaudoin's precedent which I cited to the house earlier. This is the ground upon which

I feel that the Leader of the Opposition, particularly in the light of the fact he declared early in his remarks he intended to move an amendment, is almost binding himself to a fairly narrow subject. This is the basis of my ruling, and I so rule.

Perhaps I should continue with the citation to which I referred earlier. Then I shall be glad to hear the hon. member for Ottawa West. This is a ruling of Mr. Speaker Beaudoin. I will quote a little more fully from page 3790 of the debates of 1955, volume IV:

If he is not going to terminate his remarks with such an amendment, then I am afraid I must say he can always deal with these various other subjects when other motions to go into supply are presented. At this moment, however, it would not be proper to initiate another budget debate, and it is certainly contrary to our practice not to have a specific grievance raised at this point.

The reason I use the citation is that it refers to a ruling with respect to the then hon. member for Prince Albert, now the Prime Minister. I think that ruling is amply supported by the reference made by the house leader. If there are any other contributions hon. members wish to make, I shall be glad to hear them.

I am advised by the Clerk that there is a member of the Liberal party who will rise after you, so I suggest you take the floor now.