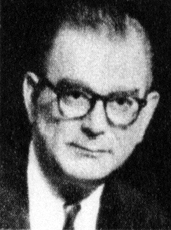 Why did Ralston resign?

You want to dance to Uncle Sam.

That is what you say, but it is not true.

1. Has the government of the province of British Columbia sought to take greater advantage of the terms of the federal Hospital Insurance and Diagnostic Services Act in order that B.C. residents temporarily absent from the province for a period of longer than three months may continue to receive hospital benefits under the provincial plan in the event of emergency?

2. Under present arrangements, would a B.C. resident incurring hospital bills outside his home province after more than three months absence be personally responsible for all such bills?

3. What limitations are imposed by other provinces on out of province benefits?