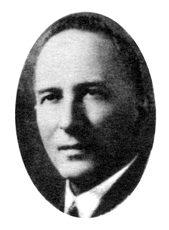 Most Recent Speeches (Page 1 of 7)

1. What properties have been purchased in Simcoe county for veteran land settlement?

2. What was the acreage and purchase price in each case?

3. How many properties have been approved for purchase and not yet completed?

Mr. Speaker, I think the department should be congratulated on their efforts to collect the income tax. The hon. member has referred to a case where the estate consisted of 83,000, but you could easily bring into the discussion a ease where the estate was 850,000. If that man had never paid any income tax and the succession duty branch issued the release, the proceeds of the estate would be distributed without seeing that any income tax was paid, and there would be many oases where they would find later on that the testator should have paid income tax. In the meantime the money has been distributed and there would be no one to collect the income tax from. If there is nothing in the statutes at the present time to deal with cases of that kind. I feel that the department are justified in using this method, but I do suggest that if there is nothing in the statutes already to take care of that situation an amendment should be made to the act.

When the minister brought down his budget a few weeks ago there was general comment not only by members of this house but also throughout the country and particularly in the press that the minister was playing Santa Claus to the taxpayers with respect to forgiving half of last year's income tax. Many newspapers then made the suggestion that it must be an election budget. It it rather surprising now, when the minister seeks to have his budget approved by the committee, that we are having a continued debate asking him to reduce taxation in each item as it comes before the committee. We started yesterday afternoon with resolution 1; we did not finish that until shortly before six o'clock to-day; now we are starting resolution 2, and at the rate we are going it seems doubtful if we shall finish resolution 2 to-day.

A year ago we had a great deal of discussion, particularly from the opposition, to the effect that there should be a total war effort. Now, when the minister is trying to raise the money to pay for that effort which has been achieved, we have a concerted movement from the same quarter asking him to reduce taxation here and there. We have had one question after another, and the same item referred to time and again. If anyone looks over Hansard he will see where the minister has answered the same question three or four times.

The last speaker raised the question of $3,000 invested income. The minister has already answered that; why should the same question be asked time and time again? Then some speaker said that there was no distinction between investment income and earned income. Take a person who is receiving over $3,000 investment income, sitting doing nothing. Am I to be told he is earning it, as much as the labourer on the farm earns the $500 or $600 a year he is paid? I say there is a difference between investment income and earned income, and we would do well if we gave the minister more support instead of asking him to reduce taxation in connection with every item that comes up.

In the one case the beneficiary, who has received the money, looks at his bank account at the end of the year and finds that he has received say 13,000 from the executor. In making out his income tax he puts that in. In the other case the

provided in the will. But the beneficiary at the end of the year, when making out his income tax, has to show an income of $3,000 when he received only $1,500.