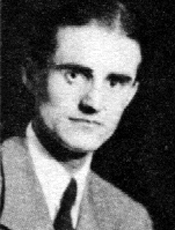 He has not made up his mind yet.

It is up to Mr. Speaker to decide it.

Mr. Speaker, I do feel I should take part in the debate on this resolution introduced by the hon. member for Joliette-L'Assomption-Mont-calm (Mr. Breton) with a view to the establishment of a simultaneous interpretation system, from English to French and vice versa, in this house.

The British North America Act makes both French and English official languages in this country. Now if it is considered proper that the official record of the debates be published in both languages, I believe that it is well within the spirit of the constitution that these debates, which are officially translated, be also simultaneously interpreted at the very moment they are taking place in this house.

I propose to dwell more particularly on the practical aspects of the project under review.

It is hardly necessary to be present at more than one sitting of the house to notice how acoustics remain relatively bad in spite of the improvements made a few years ago. As far as I know, nobody here has a built-in amplifying system, although everyone would need one to hear properly the speeches made in this house. Since the margin between hearing and understanding, in the strict sense of those two words, remains wide, I must confess, along with a great many of my Frenchspeaking or English-speaking colleagues, that to follow the debates in this house constitutes a constant effort which it would seem unfair to demand of the representatives of the people during the six months or so that the session lasts every year. Added to these difficulties of hearing and of understanding, there is the fact that the questions under discussion in this house are extremely varied in nature, quite often of interest only to one section of the country, and are beyond the comprehension of members of the areas not directly concerned. This, to my mind, explains the absenteeism which is deplored by certain newspapers who do not always go to the trouble of looking into the cause for this state of affairs.

Up to this point the group on which the greater demands have been made from the point of view of bilingualism is certainly the French-speaking group. Do English-speaking members know that their speech and manner of speaking vary enormously according to the part of the country from which they come? Has anybody ever bothered to notice the difference between the English spoken by a member from Newfoundland and one from Alberta, between the English spoken by a member from Nova Scotia and another from British Columbia, and even between an English-speaking Quebec member and his Ontario colleague? The pronunciation, the tone, the words used are such that a Frenchspeaking member like myself cannot help noticing if all these English-speaking members from various parts of the country speak the same tongue, the unity so displayed remains rather diversified, a fact which certainly adds to the difficulties of the French-

House of Commons speaking members who listen to all those learned speeches in this house.

On the other hand we have among us members of Germanic, Slavic and other origins whose English is at times not unmixed with a few exotic expressions which all add to the difficulties I have just mentioned. It is therefore in order to do away with these difficulties, this miniature tower of Babel, that I ask for simultaneous interpretation, so as to provide every member, whichever one of our official languages is his native tongue, with every possible means of realizing all his potentialities in this house.

Since my coming here in 1953, I have witnessed some noteworthy efforts in favour of bilingualism, on the part of French-speaking as well as English-speaking members, and I feel that the adoption of a system of simultaneous translation would only intensify this tendency which should develop on the basis of absolute freedom. National unity will not be attained by force and nothing can be more favourable to its achievement than by showing each of the two main racial groups, whose languages are officially recognized by the constitution, the consideration to which it is entitled with due regard for their normal modes of expression, language being always the vehicle of thought. As stated recently by a lecturer: "A man has no more reason to ask permission to love his own language than to love his own mother."

In my opinion, a system such as the one being considered would tend to give everyone the advantage of expressing himself and of being clearly understood.

Since my coming to this house, I have on several occasions spoken in favour of the measure moved today by my hon. friend from Joliette-L'Assomption-Montcalm. On January 27, 1955, on the occasion of the debate on the address in reply to the speech from the throne, I requested the adoption of a system of simultaneous translation in this house. In 1956, I was the first member to move a resolution similar in purpose as that of the hon. member for Joliette-l'Assomption-Montcalm, and, again at this session, I have had a similar resolution so registered under my name but unfortunately it is the 25th on the list, whereas the hon. member's is at the top. I shall be happy, when all have spoken in favour of this resolution, to be able to say that I myself have done my small share to obtain the adoption in this house of a system of simultaneous translation.

Earlier today I heard the hon. member for Vancouver East (Mr. Winch) give estimates, which I consider extravagant, as to the cost of putting in this equipment, and I would rather rely on the figures suggested by the hon. member for Joliette-l'Assomption-

Montcalm who estimated that the installation would cost approximately $40,000, plus the salaries of four interpreters.

I am really puzzled and surprised at this sudden show of thrift on the part of my hon. friend from Vancouver East, and I hope he will reconsider the matter in all its aspects and realize that we are not asking the impossible, but mere justice. In my opinion, when justice is involved, there should be less talk of money.

Mr. Speaker, I also wish to point out to the house that the galleries too should be equipped with the system we are proposing for the house.

It must be realized that all visitors to the galleries are not necessarily bilingual. For my part, representing a constituency 98 p. 100 French-speaking, I have at times been sorry to hear constituents of mine who had attended a sitting of the house say: "It is too bad but we could not understand a single word; the only speeches made while we were there were in English." Well, those people went back home feeling less satisfied with their visit. If a system such as the one we are considering today had been in use in the galleries, I am convinced that these people would have been much more satisfied and would have gone back home much prouder of their Canadian citizenship. They certainly would have felt greater appreciation for their visit in the capital of their country.

The proposed resolution also concerns the system of simultaneous translation in parliamentary committees. My remarks to the house also apply to committees, in view of the fact that the questions raised are greater in number and that the speeches are rather in the form of questions and answers.

For the last congress of the International Postal Union, the government had seen fit to have a system of simultaneous translation installed in the house so that all delegates coming from all over the world could understand what was being said in the course of the debates. If it was then considered important that all delegates understand the debates, I am wondering why members of the house would not be granted the same privilege in following the debates of this house.

I hope that the proposed resolution will be considered favourably by all members on whatever side of the house they sit and whatever their political party. And so, after adopting the resolution, we shall be one step further on the way to national unity.

Mr. Chairman, may I be allowed to say a few words at this time when the estimates of the department of Mines and Technical Surveys are being considered?

I wish at the outset to congratulate the hon. minister (Mr. Comtois) on his appointment to such a responsible position and to recall, incidentally, that the minister and myself are the only former students of Nicolet Seminary to sit in this house. May I also congratulate the hon. member for Lotbiniere (Mr. O'Hurley) on his appointment to the position of parliamentary assistant to the hon. minister.

The points to which I wish to draw the attention of the minister have to do with technical surveys, particularly with the mapping services. I have no criticism to offer with respect to the technique itself which, in my humble view, is just about perfect, but I believe that the Department of Mines and Technical Surveys should give its maps the bilingual character which befits this country.

Whenever I order maps from the department, as I often do, I find that they are practically all printed in English only. I have no objection to that as long as maps are also printed in French, making them bilingual publications.

I have often examined the famous map showing the whole of Canada and I genuinely deplore the fact that this official map, which is certainly distributed all over the world, is printed in English only. In order to emphasize the truly bilingual character of Canada, the department should make this map bilingual, from now on, so as to give justice to both the main racial groups which make up our country.

I also notice that a map representing a section of my constituency, particularly the Roberval area, is almost entirely labelled in English, in spite of the fact that this particular district happens to be one of the most exclusively French-speaking in the country.

I am not making any charges against anyone but merely pointing out this fact in passing. Since the minister, his parliamentary assistant and his deputy-who are all in the house at this time-are all three Frenchspeaking, I hardly feel it necessary to labour that very important point. I thank them for the efforts they will no doubt make to satisfy us on that score.