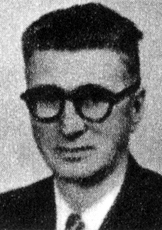 1. Has the tunnel from the C.P.R. station to the new post office in Vancouver been completed?

3. Will it be used for any purpose other than taking mail to and from the post office and the C.P.R. station?

Mr. Speaker, on the subject of breakwaters I should like to indicate my interest in what the hon. member for New Westminster (Mr. Hahn) has said. It is true my home is in White Rock but I represent Burnaby-Richmond, and in the Richmond section of my constituency, a breakwater was built some two or three years ago, at Steveston to form a fishing boat basin. When that was done it was said that this breakwater would be continued for at least another 200 feet to afford full protection to the basin. But that was never done, and the basin today is open to the full sea striking from the gulf of Georgia. This means that the boat basin at the present time is not giving the protection to fishing craft that it should, besides which the situation leads to a great deal of overcrowding of boats in that area. This makes it very difficult for the fishermen to move in and out at times. I would impress on the Minister for Public Works (Mr. Green) the necessity for finishing the job that was started some two or three years ago and giving the fishermen of that area a sufficient space in which to moor their boats for weekends and during the winter season.

This matter has now been outstanding for some time; a breakwater was not constructed until a long time after it was thought necessary, and now that it has been built it is essential that it be completed and that it should afford fishermen a reasonable chance to pursue their vocation and enjoy the protection they should have.

A great many fishermen there are not able to go to their homes at weekends and at various times merely because there is not sufficient space in the harbour and I therefore urge on the Minister of Public Works the importance of completing this work.

Mr. Speaker, I have listened to the profundities of Mr. Bourinot, Mr. Beau-chesne and Sir Erskine May as inscribed by Lord Campion and, so far as they guide this house, they are very useful; but the fact remains that this house itself has its own rules, and it is not necessary to proceed to a study of those various authorities so long as the rules themselves will govern us in what we do.

I have listened to the specious argument of the Minister of Justice, and I refer to his argument as being somewhat specious for the reason that he says the house is not going to be deprived of any opportunity to discuss these matters. The fact remains that while we are not being denied an opportunity to discuss them, they will obviously come up after the bills are presented to the house, which they should not be in their present form. The fact also remains that we would not be acting properly if we discussed them under the present circumstances, and that is the matter that is at issue at the present time.

I wish to draw your attention to Votes and Proceedings of Monday, October 14. There you will find two motions. One reads as follows:

That this house will, at its next sitting, resolve itself into a committee to consider of the supply to be granted to Her Majesty.

That motion has been called on several occasions. The next motion reads:

That this house will, at its next sitting, resolve itself into a committee to consider of the ways and means for raising the supply to be granted to Her Majesty.

not bringing it up under the appropriate conditions laid down by our own house in rule No. 58. I am going to move, in view of the fact that we got off the rails on Friday night, seconded by the hon. member for Okanagan Boundary (Mr. Christian):

That, as from eight p.m. to the adjournment of this house on Friday, December 6, 1957, all the proceedings of this house be expunged from the records of the house and that this house do return to normal proceedings as laid down by the rules.

May I ask the minister a question? Suppose the full quota was filled for the first three quarters. That would amount to 360,000. That would leave a balance of

Mr. Speaker, I should like to direct a question to the Minister of Labour, of which I sent him notice. What steps, if any, are being taken to meet the request of the united fishermen and allied workers' union in its letter of November 28, 1957, regarding unemployment insurance?