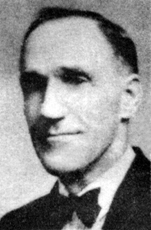 1. What was the total amount of federal seed and other relief, in the province of Saskatchewan, during each of the years 1914 to 1923 inclusive?

2. How much of this (a) has been repaid; (b) has been cancelled; (c) is outstanding at this date?

3. How much interest (a) has been repaid; (b) has been cancelled; (c) is outstanding at this date?

4. When were the last official notices to pay up sent to the recipients of this seed and other relief?

5. How many of such original recipients are still living on the land in Saskatchewan against which this relief was filed?

2. How many weeks or months was each employed?

3. What was the rate of salary paid to each per month or per day?

4. How much traveling expenses was paid to each of them in 1948?

1. Is the Polymer Corporation in Sarnia, Ontario, solely owned, controlled and operated by the government?

2. What was the total cost of construction and building of the Polymer Corporation at Sarnia, Ontario?

4. How much of the above products was sold to (a) Canadian trade; (b) the export market?

5. At what prices were these products sold in each of the years of its operation?

6. What was the net revenue of the Polymer Corporation in each year of operation?

7. By what method are their products disposed of?

Mr. Speaker, I rise to take part in this debate to discuss wheat, markets, agreements and prices. Farmers have had various experiences over the years in marketing and selling wheat. In 1918 we had the wheat board, which did a very good job. We had the open market grain exchange. We have had the Bennett and the Liberal wheat board from 1935 together with the open market. Now we have our present wheat board. The uppermost thing in the minds of western farmers today is markets for wheat, and prices for wheat. They have not forgotten the 19 cents a bushel for No. 1 northern at country points in 1932. At that time wheat reached the lowest price level in 400 years. They have not forgotten the 600 million bushels of wheat stored in terminal elevators, country elevators, annexes, bins, barns, empty houses, and open bins. That was in 1942. They have not forgotten that they were paid $4 an acre for every acre of land that they took out of wheat production in 1941. In 1942 they were still paid not to grow wheat. They remember the five and six bushel delivery quotas, which were still in effect in 1944, four years

The Address-Mr. McCuaig after the commencement of the war. A continuation of those conditions, Mr. Speaker, would not only have bankrupted the whole agricultural industry of Canada; it would have bankrupted this country itself.

The idea of a wheat board was not something new to the farmers. We had a wheat board in 1918, thirty-one years ago, which gave the farmers most satisfactory and efficient results in the marketing of their wheat in my memory. But in spite of the persistence and insistence of all farm bodies in their efforts to have that wheat board continue to market Canada's wheat, that just was not done. Twenty-five years later, on September 17, 1943, four years after the start of world war II, the world scarcity increased the demand for wheat and prices were on their way up to the highest levels in seventeen years. Then the government saw fit to set up a wheat board. In principle this was exactly what all farmers and farm bodies had been asking since 1918, so they went along with the government. They remembered the 1918 wheat board. They had faith in the government. They trusted the government to sell their wheat at the best price that could be obtained, as the 1918 wheat board did. But things turned out somewhat differently. I think a full explanation is due this house and the wheat growers of Canada by the responsible officials of this government as to why the government sold 600 million bushels of wheat on such terms. I have here a clipping from the Regina Leader-Post which reads:

London, January 17. Well-informed circles here said Saturday that agreement has been reached on a $2 price for the fourth year of the wheat agreement . . .

The Address-Mr. McCuaig lump sum as compensation for the $300,000,000 lost by them on the agreement to date. Britain has not the money, he said.

Meanwhile, British government sources seem to be preparing the public for further reductions in the volume of purchases of Canadian foodstuffs.

Then in this morning's Ottawa Journal I saw this item:

London. The News-Chronicle says today that if the United States were to declare wheat a surplus commodity we might be compelled to ask for a release of our obligations under the Canadian wheat agreement.

Now that the United States has a surplus, and with no more money available, there may be difficulties in the way of Canada marketing her wheat. The idea is spreading among the growers of western Canada that the way the British wheat agreement was drawn up was a deliberate attempt on the part of the government to put forever out of the minds of the farmers the idea of a wheat board, that this is a subtle way of undermining that ideal. They are really working hand in hand with the Winnipeg grain exchange. Neither of them has any use for a wheat board. We found that out when, in spite of our persistent requests for a wheat board, they would not have it. They are both exploiters of common humanity, and apparently they are going to stick together.

I am not going to enter upon an argument as to whether Britain should or should not have cheap wheat. I do say, however, on behalf of the wheat growers of Canada, that they should not foot the bill. Farmers pay all the taxes other people pay, and then some. They are entitled to every cent the best markets will pay. If Canada wants to make a gift of wheat to other countries, let all Canada do it and let all Canada pay for it.

Now, Mr. Speaker, I want to deal with another agreement, the agreement the Liberal government made with the millers, the feeders and the distillers covering all domestically consumed wheat in Canada, at a price of $1.25 per bushel. This was in force from September 27, 1943, to February 17, 1947, when the price was increased to $1.55. During those four years approximately 350 million bushels of wheat were sold in Canada at a difference of approximately $1.50 per bushel as between the world class II price and the Canadian price of $1.25. Multiply that by $1.50, the difference between the two prices, and you find you have $525 million as the loss to the wheat growers of this country. The government had no power or authority, except by dictatorial methods to cause the farmers' wheat to be sold in Canada below the world market prices. It simply means that the wheat growers of Canada, by government order in council, were compelled to subsidize

the national food supply in Canada to the tune of $525 million. I say this is an imposition, Mr. Speaker. If it were necessary for the government to subsidize wheat for home consumption, that should have been done by the government.

The Minister of Agriculture (Mr. Gardiner) and the Minister of Trade and Commerce (Mr. Howe) have told this house the farmers are better off than they ever were. In doing this, they are simply making a comparison with the days of the hungry thirties and the low prices the farmers have received for seventeen years. They are simply making a noise and trying to bamboozle the people. I can tell this government that, if it wants to make 50,000 communists in western Canada, the way to do it is to put the wheat producers in an exploited class like the slaves of other colonial lands. If there is any agency or any action that is making communists in Canada today, it is the action of this government.

We must be very sure that this Atlantic pact, about which we have been hearing so much, contains provisions for a full and free exchange of goods and commodities so they can be directed to the places in which they are needed. If the world is going to be divided into two parts and we continue this austerity program, ERP, ECA, the dollar shortage and the high discount rate between nations, we are licked before we start. In my opinion, Mr. Speaker, the real war started when the shooting war stopped. The real battle is on now, and it is the battle of food. The victor will be the nation that can answer these questions: Did you feed him when he was hungry? Did you clothe him when he was naked? Did you give him shelter and care when he was sick? If a nation cannot answer these questions in the affirmative, without any ulterior motive, no amount of prayers, ritualistic ceremony or holy water is going to save us. God searches the hearts of men.