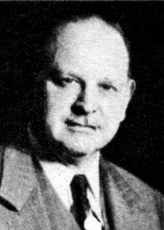 I certainly am aware of that, but all the groundwork was done long before the present government took office. Those agreements were made between the two authorities, one from the United States and the other from Canada. There had been an agreement on this matter, but it was never an accepted fact that tolls would be imposed on the Welland canal because it was never intended to be that way. The question is, why was the cost not absorbed by the Canadian government itself as was done in the United States with respect to the three rivers I have mentioned? The imposition of tolls on the Welland canal was an improper charge. The cost for deepening is a maintenance expense.
I was baffled when I learned that members of the Liberal party from Welland and that section of Ontario did not take strong exception to the imposition of those tolls. I believe the reason is that it never entered their minds there would be any tolls on the Welland canal. Thank you.