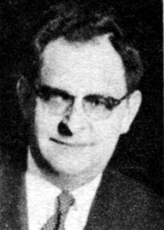 Mr. Speaker, my attention has just been drawn to the fact that one point I made during my speech in this house yesterday has been misunderstood in a dispatch by the Canadian Press. I know this was not intentional, but I should like to make it clear. In the course of my remarks yesterday, as reported on page 310 of Hansard, I said:
The desperate situation of those fishermen already referred to a moment ago was the result of being unable to land in the dark due to the absence of lights, both in the channel approaching their wharf or mooring, and on the wharf itself.

The Address-Mr. Howard
I was not at that, time referring to those fishermen who had lost their lives but to those fishermen on the fringe of the disaster area in my own constituency of Kent, who, though they were saved, had to wait until morning to land.