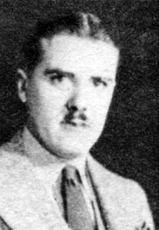 As far as the producer is concerned this means that even if the grain is kept in storage for two, three, four or five years his price is not affected. The

price does not go down. This removes one of the biggest worries that confronted the farmers and frees the hands of the Canadian wheat board, who are now in a position to sit back and wait for a favourable sale. They do not have to unload the grain in desperation. Under the old system where storage reduced the price every year there came a point where they had to sacrifice the grain. It was either a question of getting rid of it or seeing it deteriorate.
As it is now the hands of the wheat board are free and the price will remain constant. This is one of the biggest worries the farmers had and now it has been removed. I am satisfied that if the situation continues the government will come forward, as the minister has stated on more than one occasion would be done, with a system to alleviate adverse conditions again through some scheme that will be discussed with the Canadian farm organizations, as was done in the present case. Though it may not meet all the demands or requirements, I am confident it will be a scheme that will meet with the general approval of all the farm organizations in that regard, just as the government has tried to meet their wishes over the past years.
No amount of effort on the part of my socialist friends on the other side of the house in an attempt to discredit the Minister of Trade and Commerce will change that picture. This amendment is meaningless. It is simply designed to kill the bill. We are endeavouring to improve the existing bill. This one does not invalidate the other. You can have this credit through the banks and still bring in another bill at a later time if you want to. I do not see the point of the amendment at all. The amendment is a purely political move on the part of the socialists in an effort to make some political hay in Saskatchewan.