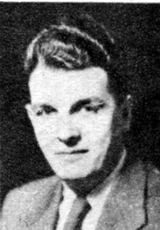 I wish to say just a few words on this bill. First of all, being a Catholic, I do not accept any dissolution of marriage vows. I would accept an annulment given by the proper authorities of my church, but nothing else. In the second place, I was not a member of this committee; but if there were members from the province of Quebec on this committee, they certainly did not vote for the annulment of the marriage vows. According to the constitution, divorce bills must be dealt with by the federal authority. Of course our civil code in Quebec does not admit dissolution or annulment of marriage. Those who were in this committee on divorce, if they participated in the voting, voted for the dissolution of the civil contract, not of the marriage in itself.
The hon. member for Saskatoon took notice of the fact that members from the province of Quebec were in this committee. What I wanted to tell him was that we do not believe in the annulment of marriage vows. If those members voted, they voted for the dissolution of the civil contract and nothing else. As to the second clause of the bill, it says that this man has the right to remarry. We cannot accept that clause of the bill.