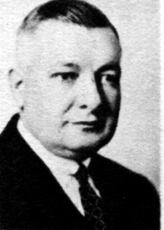 I should like to ask a question of the Minister of National Defence for Air. What arrangements has the government been able to make to compensate relatives of those, who were killed in the aeroplane crash in Montreal? Also, what will be done for those whose homes were destroyed by fire and who, on account of the accident, are left homeless?
Hon. C. G. POWER (Minister of National Defence for Air).: The hon. member for St. Ann (Mr. Healy), in whose constituency this unfortunate accident occurred, was good enough to give me notice of the question, and I have prepared an answer.
As the house is aware, a Liberator aircraft en route from Montreal Airport for delivery in the United Kingdom crashed in Montreal on 25th April, 1944, resulting in the death of a number of residents as well as the aircraft's crew and injury to persons and property.
The aircraft was under the control and direction of the Royal Air Force and the question of paying compensation for the pecuniary loss suffered as the result of the crash rests with the government of the United Kingdom and not the government of Canada.
I have been asked by the United Kingdom authorities to state that this question of compensation has been given careful and sympathetic consideration by the Air Ministry of the United Kingdom and that, without going into the question of legal liability, the ministry is anxious and is prepared to deal with this question of compensation on the same basis as would be adopted in the event of a similar accident in Canada in which an aircraft of the Royal Canadian Air Force had been involved.
In order that the United Kingdom Air Ministry may have full and complete information in each case where such pecuniary loss has been suffered, so as to assist it in determining what would be fair and reasonable compensation, and to implement its desire that compensation be dealt with as I have mentioned, the Canadian government is taking immediate action whereby those persons who have suffered pecuniary loss as a result of the accident will be able to have their claims in respect of such loss appraised on a fair and reasonable basis.
The circumstances are such as to make it desirable to have the matter dealt with with

the greatest expedition and the house may rest assured that this will be done and that every facility will be afforded those persons who have suffered pecuniary loss to have the same appraised on a fair and equitable basis.