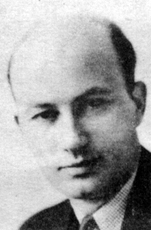 With the permission of the
house I should like to conclude what I have to say on this subject. As I was saying, the return to which I am referring has to do with the circumstances relating to the introduction of a resolution by Mr. Blake on February 22, 1865, protesting against the exercise of the power of disallowance of provincial legislation by the governor general personally. The resolution was withdrawn without a contest, after the correspondence of the Colonial Secretary affirmed that the power of disallowance was a prerogative conferred upon the governor general personally. The exact words of the Colonial Secretary were "that the question of disallowance of local acts is a matter in which his excellency must act on his own discretion and in which he cannot be guided by the advice of his responsible ministers". That was my reason for protesting against the discussion relative to the disallowance of Alberta legislation, and I still believe I was justified in doing so.
If the governor general is to-day merely the viceroy of his majesty in Canada, and has no responsibility to govern, then who exercises the power of disallowance? If the ministry exercises it, then by what authority was the transfer of this power made? For any individual or group of individuals to have the power to disallow provincial legislation within a sovereign self-governing nation is, in my opinion, diametrically opposed and repugnant to every conception of democracy.
The Budget-Mr. Graydon