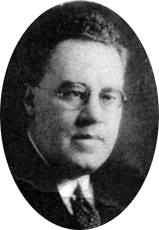 I thank the Postmaster General for that explanation, and would ask that he consider the city of Saint John. I join with some other hon. members in protesting

against the deliveries. I do that not in an idle way but because I have had many protests concerning them. In the summer months Saturday afternoons are half holidays, and many people go to their summer residences. As a result, it is next to impossible on such days for the postmen to deliver mail. The same applies equally in cities of about 60,000 population, such as Saint John. I put the matter seriously, and I am pleased to hear the Postmaster General say that discretion is to be left with the district superintendent. I am satisfied, if the district superintendent is given the opportunity to canvass, and makes a report back to the Postmaster General, he will bring some beneficial information and will help to solve some of the difficulties.
I make these observations to-night because I have been waited upon not only by those engaged in the postal service but also by residents who have brought to my attention what they considered to be more or less of a hardship and an injustice upon employees. I am pleased to hear the Postmaster General give us the assurance that to a certain extent discretion will be given the superintendent,