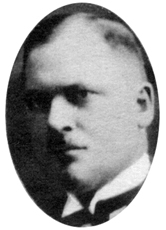 The bureau of statistics. As I have said, the different alloys which the manufacturers of nickel in Canada produce and export are rendering a great service not only to this country but to all the nations of the world, and it is not by any means in the manufacture of armaments only that their nickel is used. The nickel is produced in Copper Cliff, three and a half miles from where I live, and I know the conditions there. Some hon. members are under the impression that the manufacturers are concerned only with armaments; that they are ogres; that they are great profiteers, and that their workmen are labouring like slaves and are badly taken care of. Let me take this opportunity to say I know for a fact that not only is this industry making a great contribution to the welfare of Canada but its labourers are the best-treated in the country. I do not have them with me, but in my files I have circulars from the labour defence league, which is a branch of the communist organization that is working so hard in Canada. These circulars make interesting reading. When the Inter-31111-37
national Nickel Company almost closed down for a while for repairs or reconstruction, these people were cursing the company for not making use of a sufficient number of men, and now that the company is using more men and treating them well, what do we find? If an accident happens, if a man is killed, they put up posters all over the city to convey the impression that the workmen are being cruelly treated.
I can assure the house that in addition to research work the company is spending unlimited amounts to prevent accidents. Accidents will happen in any industry, in any walk of life, no matter what precautions we may take against them; they cannot be altogether eliminated. I can, however, vouch for the fact that the company is making every effort and spending considerable sums of money to protect its employees. Not only that, but it is taking care of them from the social point of view. Last fall when the communists around Sudbury were spreading propaganda with respect to the treatment the labouring classes were supposed to be receiving from the company, I went to the officials and asked for a report to show what the company was doing for its men and what its operations meant, not only for that district, but for the dominion. I have in my hand a report given me in September, and according to the figures set out in this report I find that in the ten years from 1926 to 1935 the company paid in wages and salaries, $84,000,000; in materials, $69,000,000, and in freight, power and dividends, $47,000,000, creating per annum an average of $20,000,000 in direct Canadian buying power. On the basis of present operations the company spent in Canada during 1936, in labour and salaries, $15,800,000; in materials, $12,500,000, and in freight, power and dividends, $8,700,000, thus creating in 1936 a total of $37,000,000 in direct Canadian buying power.

Topic:   WAR MEASURES
Subtopic:   MOTION FOR CONSCRIPTION OF ALL AGENCIES AND RESOURCES FOR DURATION OF HOSTILITIES
Full View