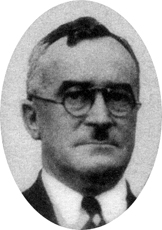 The government cannot expect the farmers to benefit from the fact it takes up farming. This bill like others introduced by this government aims at enriching a small group. On behalf of the people, on behalf of my fellow-citizens, I request hon. members opposite to cease making laws to favour the wealthy. Be honest and endeavour to help the farmers, those who produce butter, eggs, pork and beef. Do not attempt after four years to introduce a bill to create markets. Such is not the case. It is simply an attempt to deceive the people who, however, can no longer be fooled.
Be honest! The government have promised that butter would sell at 70 cents per pound, and it sold, on an average, 19 cents for the last four years; they promised that eggs would sell 60 cents a dozen and they sold at 15 cents for the last four years.