They are not included, Mr. Speaker I want to make sure the record is very clear on that.

I wish to say to all Members that advertisements have been placed in major newspapers today, French and English, regarding the plan of action, the manner in which Atlantic clams, mussels, oysters, and quahogs have been removed from the Canadian regional market. A new supply of products will re-enter the marketplace as inspection services are able to ensure that they fully meet health and safety requirements.

I want to say to the Hon. Member, as I said to the House yesterday, it is the health considerations that are of primary concern, and we will handle those first and look at other details later.

Mr. Speaker, the story in The Globe and Mail quotes the Minister and indicates that Gulf scallops do not include shrimp, crab, or Atlantic scallops. If he is correcting that, I thank him for it.

aside from the health considerations that the Minister's Department of Health is responsible for looking after.

Will the Minister of Fisheries and Oceans tell the House that he will look after the people in the industry who are affected by this?

Mr. Speaker, when the Hon. Member says that it is a serious issue he is right, and I have accepted that. I think it is important to restore the confidence of Canadians in health issues, consumer issues, and the industry. I think in all three areas the consideration is the same, that is, to assure that health considerations are absolutely of primary concern. The restoration of the industry and sales for the industry can best be reassured by taking the plan of action just as I have described it. We intend to continue just that way.

Mr. Speaker, my question is directed to the Deputy Prime Minister. The Haitian military regime has been guilty of flagrant human rights violations. Not long ago, dozens of citizens who were quietly waiting their turn to vote were savagely beaten. The government cancelled this democratic election and is now planning to hold an illegal election on January 17.

In view of these events, what concrete action does her Government intend to take to support the Haitian people's quest for justice and democracy?

Mr. Speaker, I want to thank the Hon. Member for his question which comes at a very appropriate time. Since the tragic events on November 29, our Government has reacted in no incertain terms to the acts of violence that ended in the election being cancelled. Since that time, we have also taken some concrete measures. We recalled our ambassador, and last week after meeting with the Prime Minister and Cabinet, our ambassador returned to Haiti with a special message which, and I cannot of course reveal the exact contents of the letter, reflects our indignation in very clear terms.

Mr. Speaker, like all Canadians our Government was appalled at what happened, and we hope the Haitian people will be able to achieve democracy safely and without constraints?

The Canadian Government has hesitated too long.

Mr. Speaker, in view of the horrors which transpired during the attempted elections in Haiti, will the Government at least offer some form of Canadian protection to opposition leaders and to officials of the election committee? These individuals are in grave danger, as Hon. Members of Parliament know, and their lives are at stake.

Perhaps the Minister would be willing to have our Embassy in Haiti register these individuals and let it be known to Colonel Namphy's Government, so that it understands Canada's strict concern about the survival and well-being of those opposition leaders and those members of the election committee.

Mr. Speaker, we have expressed our concern to the authorities that an election should be held in a climate of democracy and freedom, and we will continue to do so between now and the next election. The Haitian people must be allowed to achieve democracy, and the responsibility is theirs and theirs alone.

Mr. Speaker, my question is for the Minister of Supply and Services. Earlier this year Statistics Canada decided once again to publish abortion statistics. The figures will include abortions performed outside Canadian hospitals, as well as those performed in the clinics of Ontario and Quebec which operate in contravention of Canadian law.

Can the Minister tell the House if the published abortion statistics will contain a clear distinction between illegal abortions and legal abortions under Section 251 of the Criminal Code?

Yes, Mr. Speaker, I can assure the Hon. Member that Statistics Canada will indeed publish separate data pertaining to abortions performed in hospitals and in clinics as they will be recorded by the provinces.

Mr. Speaker, my question is for the Solicitor General. Will he confirm The Journal report last night which indicated that one of the tapes that was erased contained wiretap evidence indicating that there was in fact a threat against Air-India made a number of weeks, if not months, prior to the actual bombing? Will he confirm that that was on one of the tapes which was erased? 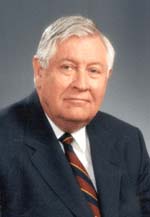 Mr. Speaker, as I stated on a number of occasions today in the House, there is an active, ongoing criminal investigation and I am not going to say anything that would jeopardize the successful completion of that investigation.