This is a starred question.

Insofar as a starred question is concerned, it was settled during the time of my predecessor that, notwithstanding the fact that a starred question appeared on the order paper, it was in order to have it made an order for return.

2. Have any cabinet ministers resigned any directorships since being sworn of the privy council and, if so, which ministers, on what dates, and from what companies or corporations?

1. What is the annual wage bill for all hospital employees in Canada (a) general hospitals (b) mental hospitals?

2. What is the total number of employees working in hospitals in Canada (a) general hospitals

3. What is the number of employees per bed working in hospitals in Canada (a) general hospitals (b) mental hospitals?

4. What was the estimated amount being spent in 1959, 1960, and 1961, on the construction of hospitals (a) general hospitals (b) mental hospitals; and, how much of this was contributed by the federal government?

5. How does the average hourly rate for general

employees in hospitals compare with the average hourly rate in the transportation industry, the primary and secondary industries?

6. What is the comparison of wages paid to (a) nurses (b) social workers (c) psychologists (d) nursing assistants (e) cleaners (f) kitchen staff, in federal hospitals as compared with community hospitals?

Did the federal government of Canada offer any financial assistance to Hawker Siddeley of Canada Limited, or to any of its branches or subsidiaries, with a view to the company continuing further operations at No. 16 colliery in New Waterford and, if so, what was the amount of the assistance offered by the government to this corporation?

Did representatives of Hawker Siddeley of Canada

Limned, or representatives of any subsidiary or

branch of this corporation, ask the government of Canada for financial assistance in order to forestall the recent closure of No. 16 colliery in New Waterford and, if so, how much assistance was the company seeking from the federal government?

Has the Minister of Transport or any other minister made any public statements since April 19, 1962, on the subject of an amalgamation or co-working Trans-Canada Air Lines and Canadian Pacific Airlines and, if so, when, where, and to what general effect?

1. Since June 18, 1962, how many construction projects have been (a) cancelled, or (b) postponed, by the federal government or by any department or agency thereof?

3. Have any construction projects which were cancelled or postponed subsequent to June 18, 1962, been reinstated? If so, which ones, what is their location, and their estimated cost?

1. How many deep sea vessels flying the British flag are still owned by Canadian residents?

2. Are these ships considered as a Canadian contribution to any allied shipping pool arrangement that may be set up in an emergency?

3. How many of these vessels have been trading between ports of the Soviet Union and Cuba?

4. Do the owners of these ships or any companies owning them pay income tax to the federal treasury? 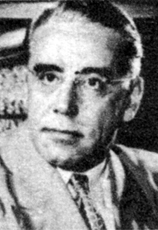 1. Have the city of Montreal, the Canadian Broadcasting Corporation, and the Central Mortgage and Housing Corporation accepted the plan for the C.B.C. buildings to be erected in Montreal between Papineau, Dorchester, Craig, and Amherst streets?

2. Was the said plan submitted to the government, and on what date?

3. Will the proprietors, tenants, merchants, and industrialists of this area be informed in the near future of the government's decision with respect thereto?

4. What period of time will be given to the residents of this area for eviction purposes?

1. Has a pay increase been authorized for employees at Cape Breton Highlands park and at the national park at Louisbourg?

2. If so, what is (a) the new rate (b) the former rate, for each classification for which an increase was authorized?

3. What accounts for the difference, if any, in the increase authorized for the employees as between the two parks?