I should like to ask the Secretary of State when he expects to be in a position to answer question No. 406, which was passed as an order for return and which related to conditions prevailing on Halfway House, Blueberry and Prophet river reserves?

I do not know if it will be possible to answer tomorrow, but I will try. 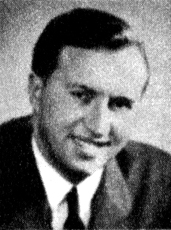 Mr. Speaker, I should like to put a question to the Prime Minister. However, before doing so I should like to thank him and all other members for the many messages they were kind enough to send to me when I was in the hospital. Has the Prime Minister any comment to make on the story appearing in the press today to the effect that the commonwealth prime ministers' conference is to be held on September 10?

He will not be there.

As the house knows, Mr. Speaker, the Prime Minister of the United Kingdom has communicated with the various prime ministers of the countries of the commonwealth, and I would expect that an announcement will be made by him in this regard very soon.

Mr. Speaker, I think the hon. gentleman should be complimented on his kind remarks.

The hon. member knows that we have enough difficulty with questions that are pertinent without dealing with those that are hypothetical.

Mr. Speaker, I should like to direct a question to the Minister of Transport, who is accountable to the house for the C.N.R.

Could the minister give some information to the house concerning the rental of several rooms in the Chateau Laurier for a political convention to be held in the fall for the election of a new party leader? Apparently the rooms have been rented recently by the hon. member for Essex East.

Mr. Speaker, I am pleased to inform the house that I would not want to interfere in any way with the campaign of my hon. friend for Essex East.

should like to direct a question to the Postmaster General. Is he aware that the publication entitled "Northern Neighbours, Canada's Reliable and Independent Magazine reporting the U.S.S.R.", is presently classified as second class mail, and will he give consideration to reclassifying the magazine so that the Canadian people will not be subsidizing the distribution of such questionable propaganda?

I thank the hon. member for giving me notice of this question. I have some doubt that "Northern Neighbours" is either reliable or independent. I agree with him when he says that it seems to be U.S.S.R. propaganda. However, the Postmaster General does not classify magazines as being eligible for second class rates. The laws of the country establish certain qualifications which, if met, allow any publications to benefit from the second class rates. This publication meets those qualifications. It is therefore entitled to second class rates. I might add that I do not accept the implication in the question that the Postmaster General should assume the responsibility for censorship of that which passes

through the mails. I have trust and confidence in the Canadian people themselves to make their decisions. I do not think we need a censorship branch in the Post Office Department.