Mr. Speaker, I wish to table three copies of an interim agreement between Canada and the United States relating to rates of duty, signed today at Geneva. This agreement embodies the results of negotiations between representatives of the two countries during the multilateral tariff conference which opened at Geneva in September, 1960, under the auspices of the general agreement on tariffs and trade.

In recent years the value of the two way trade between Canada and the United States represented by the items contained in the two schedules to the interim agreement has been about $130 million to $140 million per annum. All of the items in the United States schedule provide for reductions in rate, and they apply to Canadian exports which averaged about $65 million in the three year period 1958-60. The Canadian schedule provides for reductions in duties applying to imports from the United States averaging about $63 million per annum in the same three year period. In addition, Canada bound existing free entry provisions relating to a considerable number of farm implements and other items of production equipment which had not previously been bound, and for which import statistics are not separately available.

In addition to this agreement with Canada, the United States has entered into similar agreements with several other contracting parties to the GATT, including Britain, the European economic community, Japan, Sweden, Austria, Denmark, Finland, Israel, New Zealand, Norway, Pakistan, Peru, Portugal and Switzerland.

Indirect benefits of very considerable significance to Canadian exporters will accrue to Canada under the operation of the most favoured nation principle by virtue of these interim agreements between the United States and some of the third countries I have just listed.

for Canadian exports. Reduction in duties arising from this series of agreements will provide benefits to almost every sector of the Canadian economy.

The interim agreement tabled today relates to the bilateral tariff negotiations between Canada and the United States under the so-called "Dillon round" of the multilateral tariff conference at Geneva. The results of Canada's bilateral negotiations with countries other than the United States, some of which are not yet concluded, will be announced in due course and will appear as part of the official conference protocols.

The interim agreement between Canada and the United States takes effect as of the date of signature. The textual part of the agreement as tabled is in English and in French, as is the schedule of tariff concessions granted by Canada.

The schedules setting forth concessions received and granted by Canada will enter into force 30 days after exchange of notification between the two countries or at a date to be agreed upon, and will later be incorporated into the official conference protocols which cannot be issued at Geneva until the conclusion of the series of bilateral negotiations. On issuance of the conference protocols the interim agreement will cease to have force or effect.

I now table a further document which summarizes in English and in French the two schedules to the interim agreement. Hon. members will find in the summary of concessions received by Canada under the agreement three figures in brackets. The first is the duty levied at present by the United States; the second is the duty leviable after the first stage of the reduction; the third is the duty finally leviable, that is, the fully reduced rate.

The reductions in United States rates resulting from the negotiations will, almost without exception, come into force by two annual stages, the first such reduction resulting in what is described in the U.S.A. schedule as the "intermediate" rate, and the second as the "final". Precise information is not yet available as to the exact date or dates on which the President of the United States will, by proclamation, bring the reduced rates into force.

between, the United States and third countries will be made public when the provisions of the numerous schedules of concessions to these agreements have been analysed.

I believe, Mr. Speaker, that in relation to the coming into effect of these mutual tariff reductions hon. members are aware that the governor in council possesses power under section 10 of the Customs Tariff to make such reductions in duties on goods imported into Canada from any other country or countries as may be deemed reasonable by way of compensation for concessions granted by any such country or countries. It will therefore be open to the government to bring these reductions in the Canadian tariff into effect on the date to be agreed upon following exercise by the President of the United States of the powers conferred on him by congress under existing legislation in that regard.

Mr. Speaker, the minister's announcement would appear to cover a substantial section of our export trade in the agreement he has referred to between, initially, Canada and the United States and, by the application of the most favoured nation clause, to other countries as well. It certainly will warrant the most careful examination. In so far as this agreement removes obstacles to multilateral international trade and increases our own export trade on a mutually advantageous basis, it will be greatly welcomed on this side.

Mr. Speaker, our group naturally welcomes any move that is being made by the government to reduce tariff barriers hindering trade between our country and other countries. We are, of course, in the position that we will have to study the minister's announcement with great care before we will be able to express our opinion as to the eventual benefits or otherwise that our country will derive.

I was a little surprised at the bias toward bilateral agreements in the announcement by the minister. I noticed that he made reference to multilateral advantages that might be derived as a result of the agreement. We were very interested in a Reuters news dispatch today emanating from Geneva to the effect that the United States has arrived at a sweeping agreement with the European common market. No one in the middle of winter, especially a Canadian winter, likes to be caught outdoors in the nude. We are hoping that it is the intention of the government to follow through and do as the United States government has done, and reach a mutually beneficial agreement with the European common market at a very early date.

Order. The hon. member is going beyond the scope of the initial announcement.

PRESENCE IN GALLERY OF BELGIAN MINISTER

Mr. Speaker, if the house will allow me I should like to welcome to the diplomatic gallery the Belgian minister of external trade and technical assistance, Mr. Maurice-Paul Brasseur, who is spending a few days here to discuss with our ministers trade matters of common interest. His presence bears further witness to the close and friendly relations between Canada and Belgium which were sealed in service in two world wars.

Mr. Speaker, I should like to join with the Prime Minister in the welcome he has extended to our friend from Belgium, not only because of his own personal distinction in the government of his country but because of the country he represents, an old and valued friend of Canada.

Mr. Speaker, on behalf of the members of this group and as one who spent quite a number of months on Belgian soil in defence of common interests, we wish to associate ourselves with the remarks of the Prime Minister and the remarks of the official opposition. I trust that the visit of this distinguished gentleman will be to the mutual advantage of both of our countries.

TABLING OF REPORT OF CANADA-U.S. COMMITTEE ON MIGRATORY BIRDS

Last May my colleague the Minister of Agriculture and I met with United States Secretary of Agriculture Freeman and Secretary of the Interior Udall in Ottawa to discuss various agricultural and renewable resource problems affecting Canada and the United States. Discussions included the possibility of joint action to deal with the declining migratory water fowl population, particularly the ducks and geese, which use the international flyways.

A committee with members from each country was appointed to consider the problem. Since last May this international migratory bird committee has met twice in Washington and once in Ottawa. At the request of the committee, the United States fish and wildlife service and the Canadian wildlife service

have undertaken special studies to provide information basic to the committee's deliberations.

The committee has prepared an interim report which I wish to table at this time for the information of hon. members. The report contains several specific recommendations for action, involving pilot projects in the multiple purpose use of lands for the maintenance of water fowl population. 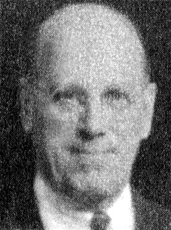 I have the honour to present the first report of the standing committee on banking and commerce, in English and in French, and by unanimous consent I intend to move concurrence in the report later this day.

Mr. Speaker, I believe that under the statute the Bank of Canada presents an annual report prior to March 1 of every year-