1. How many radioactive fall-out shelters were built in Chapleau constituency in 1961 and 1962?

2. What is the name of the one, or the several, contractors who built them?

3. How much did each of the shelters cost? 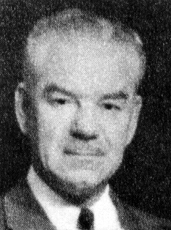 1. Were the boilers in the vessel Citadel in good condition at the time of its sale?

2. What were the operating costs of the Citadel for the year 1961 on pilot service at Les Escou-mins?

3. What accounts for the difference in construction costs between the sister pilot boats Nos. 9 and 10, and is boat No. 9 considered to be of better quality than boat No. 10?

4. Can the Department of Transport certify the use of pilot boats Nos. 9 and 10 for navigation during icing conditions prevalent in the winter season?

5. Was any consideration given to the construction of double hulled pilot boats instead of single hulled models?

6. How much does the Department of Transport charge shipping companies per vessel for the taking on and letting off, of pilots at Les Escoumins; what was the total amount collected during the year 1961, and who acquires this revenue?

7. Does this scale exist in other pilotage services and, if so, in which ones and under what circumstances?

8. How many qualified St. Lawrence pilots are employed in the Quebec and Montreal districts, and what is the mother tongue of each?

9. What are the respective salaries and duties of the following officials: F. S. Slocombe, Booths, D. R. Jones, A. Cumin, Catinus and J. Gendron? 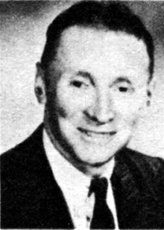 have been carried out under the terms of the Combines Investigation Act, R.S.C. 1952, c. 314, or the former combines investigation act or under any amendments thereto, up to the present time, and what are the names of the firms, corporations or individuals investigated?

2. What convictions have been registered since January 1, 1945, giving names of the firms, corporations or individuals concerned, under the statutes set out in part 1, or under the provisions of sections 498 and 498a of the Criminal Code, chapter

1. What is the nature, place and value of federal works under way or completed in the constituency of Lake St. John during 1962?

2. What is the nature, place and estimated value of federal works at present under study for the constituency of Lake St. John?

I should like to ask the Prime Minister whether the government has come to any decision regarding the setting up of a special committee on defence policy.

Topic:   BUSINESS OF THE HOUSE
Subtopic:   INQUIRY AS TO SPECIAL COMMITTEE ON DEFENCE POLICY
Permalink

The view of the government, as was the view expressed by the hon. gentleman himself on more than one occasion, has always been that questions of policy are for the government to determine. We have no intention, therefore, to set up a committee on defence policy.

Topic:   BUSINESS OF THE HOUSE
Subtopic:   INQUIRY AS TO SPECIAL COMMITTEE ON DEFENCE POLICY
Permalink

I should like to address a question to the Prime Minister. Can the Prime Minister inform the house whether the government will introduce legislation or take other steps to solve the impasse which parliament and the country is facing as a result of the blockade of the divorce bills now before parliament?

Mr. Speaker, I think this question is receiving consideration among the representatives of the three parties.