Mr. Speaker, the answers to the four parts of the question are as follows.

1. The only contract which the Department of Northern Affairs and National Resources has with Canadian Marconi Company is one under which the company operates a small heating plant at Great Whale River on behalf of the department.

2. Yes, the clause in question came to the attention of the department when Mr. T. J. Whitfield wrote to me on February 27, 1961.

3. Yes, the department has been informed in writing of one, and has been informed orally of nine others. The department did take steps to have Mr. Whitfield retained in employment by oral representations to an officer of the company. I also wrote to Mr. Whitfield indicating that the area administrator for the department would assist him in his problem. I might add that since Mr. Whitfield left the employ of the company I have endeavoured, without success, to have him visit me here in Ottawa. No action was taken in the other cases as improper relations with Eskimo women were involved.

4. No legal decision has been rendered on these two points. The clause, however, is contrary to the spirit of the government order issued in 1959 removing disabilities against the indigenous population which had existed since 1955 under directives from the former administration. I have written to the Canadian Marconi Company urging a change in the clause to bring the contract into harmony with the policies of the present administration, particularly to remove the absolute bar of contact on a racial basis, but at the same time to deal firmly with improper relations.

1. Has the reserve tradesmen training plan of the Royal Canadian Air Force auxiliary squadrons been cancelled, and, if so, for what reason?

2. What has been the cost of this program to date?

Mr. Speaker, the answers to the two parts of this question are as follows.

1. Yes. It is now planned to enrol candidates directly into the auxiliary and give them similar training in the technical training units. This will eliminate the additional expenditures involved in maintaining the R.T.T.P. as a separate training program.

As of May 12, 1961, by shipyards and by vessels, how many firm orders for self-propelled vessels now under construction or to be built, which will be eligible for subsidy, were in existence; and, more particularly, in connection with all such firm orders, the following information: (a) name of the purchaser for whom the vessel is being built, (b) yard number or proposed name if allocated, (c) type of vessel, (d) place where and purpose for which the vessel is to be used, (e) estimated gross tonnage, (f) contract price to purchaser (exclusive of escalation costs or extras), (g) estimated percentage of construction completed on May 11, 1961, (h) the amount, if

any, which the Canadian Maritime Commission has authorized to be withdrawn from any funds held on deposit under the provisions of the Canadian Vessel Construction Assistance Act, or held in escrow from the proceeds of disposition of flag-covenanted vessels, to be applied to the purchase price; (i) what percentage of Canadian content, if any, is required for the approval of such funds?

Mr. Speaker, an exact answer to this question can be given only when the regulations governing the policy have been approved by the governor in council and when the operators concerned have in fact made application and have had their applications dealt with under the new policy.

1. Has the Minister of Health and Welfare received representations from the maritime federation of agriculture asking what control, if any, is exercised by the federal government in regard to the publication of information on so-called miracle drugs?

2. If so, did the minister reply, and what was the nature of his reply?

Hon. J. V/. Monieiih (Minister of National Health and Welfare): Mr. Speaker, the answers to the two parts of this question are as follows.

2. Yes. I replied in part as follows:

We have no authority with respect to news items, magazine articles, editorials or other forms of communication to the public, regardless of the fact that they may deal with a food or a drug. It would only be where an advertisement was published that my officials would have any right to examine the material and to take any action ...

In the field of advertising, however, we exercise control in two ways. One is via the Food and Drugs Act and the Proprietary or Patent Medicine Act and the other is in the field of broadcasting. Under the broadcasting regulations, no commercial can be used unless it has first been approved by my department. We examine something in the nature of thirty thousand commercials annually . ..

You will appreciate it is impossible to ensure that all advertisements for medicinal products will be sufficiently tailored to everyone's taste. We attempt, however, to eliminate areas of deception and of excessive exaggeration and generally to require that the advertisement will be factual but without unduly deglamourizing its presentation. To do so, would be regarded as an unwarranted interference by the government with the right of a manufacturer to describe and to market his product in the way that he feels most suitable in a competitive system. As regards the Food and Drugs Act, we have no right of censorship and can only take action in the case of printed material after its publication. Here we endeavour to do the best possible in a very difficult area. I am sure that the quality of medicinal advertising in Canada is, in comparison with that in other countries, of a very sober and moderate character.

1. Is it the intention of the government to appoint a representative of major industrial unions on the national productivity council? 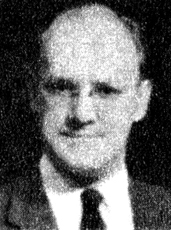 Mr. E. L. Morris (Parliamentary Secretary to the Minister of Trade and Commerce):

Mr. Speaker, the answers to parts 1 and 2 are as follows.

By P.C. No. 1961-290 of February 28, 1961, the following representatives of organized labour were appointed to the national productivity council:

These appointments and others were announced by the right hon. Prime Minister in this chamber on that day, February 28, 1961, and are recorded in column 2, page 2483 of the House of Commons Hansard.

In connection with the amending legislation empowering Central Mortgage and Housing Corporation to make loans for the purpose of aiding the construction and expansion of municipal sewage treatment projects: (a) how many municipalities have applied for such loans? (b) how many loans have been approved, and to what amount? (c) what is the interest charge on the loans? (d) what is the total amount of the capital that will be written off in respect to loans already approved?

Mr. Speaker, the answers to the four parts of this question are as follows:

(c) 5-J per cent on the first 33 loans; 5| per cent on the remaining 12 loans, after the corporation's borrowing rate from the consolidated fund was raised one quarter of one per cent.

1. Has a deportation order been issued against a Mrs. Frances Maloney of Vancouver, and, if so, what is the date of the said order?

2. Is Mrs. Maloney a Canadian citizen, and, if not, of what country is she a citizen?

3. How long has Mrs. Maloney been resident in Canada?

4. Has Mrs. Maloney any children, and, if so, how many, what is the age of each, where was each born, and what is the nationality of each?

6. Has any appeal been lodged against the deportation order, and, if so, what is the present status of the appeal?

7. Has a deportation order been issued against Mrs. Maloney's husband or any of the children?

Mr. Speaker, the answers to the seven parts of this question are as follows:

2. No. She is a citizen of the United Kingdom and colonies.

4. Mrs. Maloney has five children, three by her first husband. At the time of their admission to Canada in 1949 the three children by the first marriage were aged six, four and two years and were stated to have been born in the United Kingdom and to be citizens of the United Kingdom and colonies. They are presently in the custody of her first husband. The remaining two children are by her second husband. They are aged six and four years, were born in Vancouver and are Canadian citizens.

6. There is no provision in the Immigration Act for an appeal against a deportation order of the nature issued to Mrs. Maloney. Nevertheless a review, such as would have been made had an appeal been permitted, has been made. The case is still under consideration.