inform the house that several senior Canadian officials, led by Mr. S. S. Reisman of the Department of Finance, will leave for Hong Kong today to consult with the Hong Kong authorities on various trade matters. The purpose of the consultations will be to consider problems associated with the rapid increase of importations of certain products from Hong Kong.

Mr. Speaker, I should like to advise the house that I have requested the Canadian wheat board to arrange a conference in Vancouver commencing on Monday next to explore ways and means of expanding the volume of grain which can be moved into and out of Pacific coast ports. The conference will be representative of the principal agencies concerned with the movement of grain from the prairies to the Pacific coast and the movement of this grain to terminal elevators and into ocean vessels.

Invitations have been extended to the following organizations: Canadian Pacific

Railway, Canadian National Railways, Alberta wheat pool, United Grain Growers Limited, Saskatchewan wheat pool, Pacific group of elevators, Vancouver grain exchange, Vancouver merchants exchange, Vancouver chamber of shipping, shipping federation of British Columbia, trade union representatives, national harbours board, the port warden, the board of grain commissioners for Canada and the Canadian wheat board. It is my intention to attend the conference along with officers of my department.

I want to make the purpose of the conference clear. It is my hope that through the cooperation of the organizations and interests invited, ways and means can be worked out to increase the grain movement through Pacific coast ports. I am hopeful also that those who

attend the conference will join in suggestions relating to long-range developments. I think it is the desire of all concerned that the full potential of the west coast grain movement be realized and that the capacity of west coast ports to receive and load grain is keeping abreast with market opportunities, particularly in the Far East.

The construction of the St. Lawrence seaway and additional storage capacity planned by the national harbours board at Montreal, along with private building in the outer St. Lawrence, have added greatly to the efficiency and the capacity of the St. Lawrence route. A new berth is being constructed at Churchill which will speed up the loading of ocean vessels at that port.

Elevator companies operating at Fort William and Port Arthur have work under way there which will improve the loading of grain and, particularly, the loading of ocean tonnage which comes to the lakehead.

Some years ago additional storage capacity was built at Halifax, and the Atlantic maritime ports are having one of the busiest seasons on record. It is the desire of the government that grain handling facilities at all our ports be brought up to the standards required of them in these times.

Mr. Speaker, I am sure the house will have heard the minister's statement with interest, and will support any steps the government may take to expedite and enlarge shipments of grain through Pacific ports, especially in view of recent reports from such ports that there have been delays in such shipments.

welcome the statement which has just been made by the minister, Mr. Speaker. We certainly hope that as a result of the conference there will be not only a speed-up in loadings through the port of Vancouver, but there will be also a discussion of the question of installing new and additional facilities. It is many, many years since there have been any extensions to the port of Vancouver. As a matter of fact the facilities of the port are less now than they were as a result of a fire many years ago. The facilities lost then have never been replaced.

In view not only of the recent complaints concerning delay in shiploadings, but also in view of the statements made within the

past month that Vancouver cannot expect to have new lines coming in until port facilities are expanded, we certainly welcome this announcement. We hope satisfactory conclusions can be arrived at and that speedy action will be taken to implement those conclusions.

1. Are there any radio and television technicians registered as unplaced applicants with the national employment service?

2. If so, how many in each category, and in what regions of Canada? 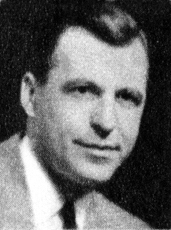 1. Has any federal department, corporation or council awarded any scholarship, grant-in-aid for study or publication, or research grant to an Ella Elizabeth Clark or to a Mason Wade in the past three years?

purposes, and under what statutory authority or regulation? (b) what is the nationality and address of Miss Clark and Mr. Wade?

Mr. Speaker, as it will be necessary to circularize a number of departments in order to secure this information, and as this will take some time, may I suggest that this question be made an order for return.

Mr. Speaker, in respect of that question I should add that if the expression "council" therein refers to the Canada council, on the basis of previous experience and precedence that information cannot be procured. I set out these reasons in some detail on November 27, 1957, at page 1558 of Hansard and will not now repeat them.

The house has heard the proposed limitation with respect to the word "council" as it appears in this question. In making it an order for return as suggested by the minister I assume it will be on those terms.

1. Has the Minister of Labour received a request from the Springhill miners wives' association for a grant toward the erection of a new 65-bed hospital building?

2. If so: (a) what decision has the government reached on this matter? (b) has the Minister of Labour made a reply to this request, and what is its nature?

1. A letter was received, dated February 6. The letter requested a new post office, armouries and hospital at Springhill.

2. The federal government, through the Minister of National Health and Welfare, has granted a sum of $178,360 toward a new hospital. This has been expanded by a provincial grant to bring the total of both grants to $445,000. The minister has acknowledged the letter written by the ladies and informed them that all matters that they have raised will receive careful study.