A. V. ROE COMPANY STATEMENT ON DISCUSSIONS WITH COMPANY OFFICIALS

Mr. Speaker, on behalf of the Prime Minister, who is indoors today with a cold, I should like to report to the house on the discussions which have been proceeding in recent days between the government and senior officials of A. V. Roe Canada Limited. These discussions had as their aim the continuance of the plants of Avro Aircraft Limited and Orenda Engines Limited, and the companies' special design, research and production facilities.

The companies are at present engaged in the performance of certain contracts for the government apart from the discontinued Arrow program. Work on these other contracts will, of course, be continued. In addition, various new programs and extensions of existing programs have now been proposed by the companies to the government in the fields of military and civil aviation and nuclear power. These proposals have been carefully examined, and certain of them will be further studied in the hope that they will offer opportunity for the employment and effective utilization of technical and production personnel and facilities.

Moreover, the companies recognize their responsibility to make every effort to obtain contracts from sources in addition to the Canadian government. They are performing some work at present for the United States and other governments, and will vigorously explore ways and means of obtaining orders from the United States under the recently announced arrangements between Canada and the United States for production sharing.

If the companies are to be in a position to develop new programs and designs and to accept and fulfil contracts for production, they must retain the essential nucleus of their design, research and technical staff. To assure this desirable end the government has agreed to share equally with the companies the payroll cost of certain technical work to be undertaken by this essential nucleus of personnel for the next six months. It is expected

that by the end of that period some of the projects of the companies should be substantially advanced.

It is the hope of the government and the companies that these combined efforts will result in a steady increase in employment.

If that could have been done, then the further study now being given to the proposals from the company might have resulted in action before the cancellation of the Arrow program. We notice also, Mr. Speaker, that the proposals have been made by the company. Perhaps while these studies are going on now, after the cancellation, the government itself might be able to make some proposals for the continuance of this work.

Mr. Speaker, the statement made by the Minister of Finance this morning will, I am afraid, mean little comfort to the 14,000 people who have been affected by lay-offs, because the only real substance of his statement was that the payroll for a certain nucleus of skilled persons would be shared equally by the government and the company. If those negotiations had taken place months ago we would not, I am certain, face this crisis which is presently faced in the aircraft industry. I urge the government to continue talks with the company and to keep on with negotiations until a solution is found and this very important industry saved for Canada. I would urge the government to exert even greater pressure on the United States to obtain for this country a fair share of production orders.

Mr. Speaker, we are encouraged that the government is talking with the company. We hope such talks will continue, but the statement of the Minister of Finance, while it is helpful in that it goes in the right direction, is certainly no answer to his very important question.

Mr. Speaker, I think something needs to be said to correct

Inquiries of the Ministry the very serious misimpression left by the words of the Leader of the Opposition, and to the extent to which they were echoed by the hon. member for Assiniboia.

I feel sure that if the minister makes a further statement the Leader of the Opposition and the hon. member for Assiniboia would also like to do so, and we would enter on a debate, which would be quite improper at this stage of the proceedings. Therefore I think the hon. minister should not take the floor again unless he wishes to explain briefly an error or misimpression.

Mr. Speaker, I should like to direct a question to the Minister of Finance. Can the minister tell us how many Avro employees are affected by this new arrangement, and what the estimated cost will be over the next six months' period?

Mr. Speaker, it is not possible to be precise about this matter. This obviously is something that will depend upon the course of the contracts and other matters within the management of the company. As the house has been made aware, a number of men in excess of 2,000 have been working this week at the plant, and according to the best information we have the addition to that number of the technical group to which I made reference in my statement this morning should bring the number employed at the present time to approximately 3,000.

The hon. member will recall that this is a starting point, and it is expected that employment will gradually increase from this point on. That has been the desire of both parties to the negotiations.

I wish to direct a supplementary question to the Minister of Finance relating to the announcement of discussions with the A. V. Roe Company. I wish to ask the minister whether this arrangement will extend to the Orenda engine establishment at Nobel.

The statement I made this morning applies to the two companies, the Avro company and the Orenda engine company. The work carried on at Nobel, of course, is included within the scope of the arrangement I announced. I am sure the house is aware that the type of operation carried on at Nobel is different from that carried on at the plants at Malton, but the

government is assured that the operations at Nobel are included within the scope of the arrangement I announced earlier today.

May I ask a supplementary question. Did the government take advantage of the presence here of A. V. Roe company officials to discuss the mass lay-offs in Cape Breton and Bell island by other companies controlled by the same parent company?

I was not present at any meeting when that subject was discussed, Mr. Speaker; therefore I cannot give my hon. friend the answer to his question. My task was with the program to which I referred in my statement this morning.

Mr. Speaker, I would like leave to table copies of telegrams which were asked for yesterday.

I wonder if the minister would agree, in view of the importance of these documents, to have them printed as an appendix to today's Hansard? 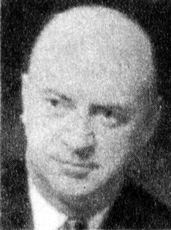 I have no objection.

What are the documents again?