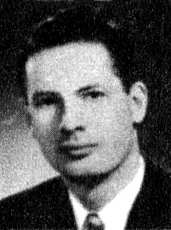 That the first report of the standing committee on estimates, presented to the house on Thursday, February 12, 1959 be now concurred in.

Mr. Speaker, once again we in this group would like to state our position in regard to this motion, and of course in regard to all similar motions. We have stated our case on other occasions, but I believe it serves a good purpose to take this occasion to state it again.

I realize that the Prime Minister (Mr. Diefenbaker) gave us an assurance the other day in this respect, and I wish to place on record at this point some of his remarks as they appear in Hansard. These are appropriate, I believe, and relate to the motion I intend to move. As found on page 989 of Hansard he is reported to have said:

-and I shall make it very clear that whenever the hon. members of this house fairly and responsibly find themselves in a position in which an injustice is being done in any way and the matter is brought to my attention, I shall do everything I can to rectify it.

Again, on the following page he went on to say:

I for one will say unequivocally that if at any time there is any action taken that would deny members of the opposition a fair opportunity of discharging their responsibility, I shall immediately see to it that a change is made in order to assure justice and fairness.

These words are very reassuring, Mr. Speaker, but I do not believe that is the way it was intended that parliament should be run. It is fine to have the assurance of the Prime Minister. He has certainly demonstrated in the past that he is very capable. He has certainly demonstrated that he has the loyalty and devotion of the members of the government. But there is one thing that we must always keep in mind, Mr. Speaker, and that is that individual members may come and go but governments keep on going. I am reminded of the immortal words of the poet Gray in his "Elegy in a Country Churchyard":

The boast of heraldry, the pomp of pow'r.

And all that beauty, all that wealth e'er gave,

The paths of glory lead but to the grave.

In a recent television interview, Mr. Speaker, conducted by Mr. Pierre Berton, a personality in this country said that in his opinion the Prime Minister suffered from an enormous ego, and certainly the remarks contained in Hansard for last Friday bear out this point. I say it is far better that parliament itself should decide these things rather than any one individual, however capable he may be or however much loyalty he may command.

Certain rules have been laid down for the conduct of the business of this house. There must be a reason for them, and I think it is regrettable that it is becoming so habitual for these rules to be amended automatically at the first opportunity that arises in the house. I believe the rules of this house should be observed. Whenever the occasion and the need arise I am sure parliament will grant permission for these committees to sit while the house is sitting. I do not think this right should be granted automatically before the occasion has arisen.

For that reason, Mr. Speaker, I move, seconded by the hon. member for Vancouver East (Mr. Winch):

That the motion be amended by deleting the words "now concurred in", and substituting therefor the following:

"Referred back to the said committee with instruction to amend the same by deleting therefrom paragraph 3 which reads as follows: That it be authorized to sit while the house is sitting."

May I speak as seconder of the motion?

The hon. member for

I just want to protect my right to speak.

You do not know what your rights are.

As seconder of the motion, do I lose my right to speak?

The hon. member knows the rules of the house. A speaker who is recognized by the chair has the floor.

He would not know.

In due course the hon. member will have his opportunity.

want to delay the house lor any length of time on this matter, Mr. Speaker. All I wanted to say was this. We made our position on this matter quite clear the other day, and that position obtains now as it did then. I have no intention of repeating what I said on that occasion.

My hon. friend says "I hope so". I would remind my hon. friend that I am within my rights in discussing the matter at this time. I think it ill becomes those who continually interrupt when members of parliament on this side rise to try to make their position clear.

The position I am trying to take is not a new one, but I should like to repeat what was said on an earlier occasion and to do so as briefly as I can. 1 had risen, sir, to say that our position today is the same as it was on Friday last, and it is going to be the same on all these motions that are on the order paper. I do not want to take up an undue amount of the time of the house on this particular occasion, other than to say that our position now is the same as it was on Friday.

desire to say a few words on this motion. In so doing I want to make it very clear to you, although I know it is not required, that when I speak on a principle in this house it is the same principle upon which I speak or take a stand when in committee. I was at the organization meeting of the standing committee on estimates. In that committee I expressed my objection in a very few words, and I voted against the inclusion of this recommendation in the committee's report.

The main reason I rise is not only to express my objection to this procedure of a committee meeting at the same time as the house, but also because of something which I feel should be drawn very specifically to your attention as Speaker of this house and therefore guardian of the rights of all members of this house. I presume, sir, that applies not only to the House of Commons but to the committees of the house. I am going to say directly that in my opinion there has been and there is a conspiracy- legal, yes-so far as the relationship of government members and opposition members is concerned in the committees of this house.

There have been occasions in the past when a standing committee, at its first meeting, has recommended that the standing order be suspended and the committee allowed to sit while the house is meeting. There may have been occasions when, at its first meeting, a committee has recommended that the quorum be reduced from that established by the standing orders. But, Mr. Speaker, I am certain that while you have had the honour of occupying the high position you now hold, that has not been customary.

But, sir, what has occurred? At every meeting of a standing committee for organizational purposes during this session, two typed and prepared motions have been presented. One has been to the effect that the rules be suspended in order that the committee may meet while the house is sitting, and the other has been for a reduction in the quorum established under standing orders. As the committee work proceeds it is eventually found necessary to reduce the quorum or, to stick to the words of the motion, to sit while the house is sitting. This should be done, sir, as it is found necessary.

I think you, Mr. Speaker, being so intelligent, will understand that something must have gone on. As a matter of fact, I understand unofficially that some of the chairmen did not know about these motions being prepared until they saw them in front of them on their agenda when the committees met. With all due respect to the magnificent men who are the clerks of our committees, may I say that it is not their responsibility to draft agenda or motions. Therefore there seems to have been some direction. Then there is the fact that every committee has done exactly the same thing, something which was never done before. I say that this looks like a conspiracy against the opposition. Mr. Speaker, it is not possible for members of the opposition to carry on right from the beginning with a gun at their heads, and I say "with a gun at their heads" advisedly.

You have not the right to sit on committees, Mr. Speaker, but I can tell you this. That huge majority which the government has operates in committees in the same way it operates on the floor of the House of Commons. I say to you, Mr. Speaker, that this is, for all committees at the same time, at the first meeting, a most unusual procedure. On the basis on precedents and on the basis of the true meaning of democratic parliament, as a member of this house speaking now as I voted in committee-thereby differing a little, may I say, from members of the official opposition who