other words, the over-all figure which the minister gave this afternoon is a figure which he has arrived at by adding up all the various moneys spent in this year by his own department. I appreciate the fact he has given us the over-all total. It is clear, however, that the amount appropriated by means of governor general's warrant does not come before parliament in any way. This has been voted by the cabinet, by the governor in council, separate from what is being voted by parliament. I do not make any secret of this, Mr. Chairman. My interest is in the mechanics of governor general's warrants because they are not everyday affairs, are they?

No. This warrant was made necessary by what I think I am correct in describing as a lapse of authority. Agreements were not made with the provinces in time to use the money which had been voted for this purpose and which was to be spent pursuant to agreements. Agreements were not arrived at by the end of March. The money was required and we did not have

Supply-Citizenship and Immigration any authority for spending it because agreements had not been made. Therefore the governor general's warrant was necessary.

The constitutional position, as I understand it, is that there is no parliamentary authority, and the matter will be covered and no doubt reported upon in the public accounts by the auditor general.

I think I may have been guilty inadvertently of misleading the hon. gentleman earlier. The total of $54 million which I gave does not include the final supplementaries, which I believe total $643,150.

Yes, an amount of $9 million had been included in the final supplementaries for the fiscal year 1956-57, after the Hungarian refugee movement was under way. This special supplementary estimate of $9 million was to be spent in providing accommodation, and so on, for Hungarian refugees in pursuance of agreements to be arrived at with the provinces. If our predecessors had been able to conclude the agreements by March 31 that would have provided the necessary continuing authority for the expenditure of the money after the end of the fiscal year. The agreements were not concluded, except with one province for accommodating refugees, and therefore there was no continuing authority for the expenditure of the money. When we took over in June, we were told that there was no more money in any vote which we could transfer to be spent for this purpose, and we would require a governor general's warrant until parliament could meet and we could get parliamentary authority for further expenditure.

This seems to have been quite a co-operative experience. When the minister was on this side of the house, he was one of those who urged the former government to do something about the Hungarian situation. By the time he got over there, some of the money had not been spent and he had to use a governor general's warrant to carry out the policy which he had pressed upon the former government.

The minister said that he assumes this item would be reported in the proper way. I can say that the Minister of Finance, on October 15, did lay on the table of the house a report that the governor general's warrants

Supply-Citizenship and Immigration had been used in last August. It is something unique. I believe these are the first governor general's warrants that have been issued since 1945.

I believe the minister is the minister of emigration as well as the minister of immigration. I believe emigration also comes under departmental vote No. 71, because it relates to assistance in paying for transportation. I take it this vote would be used to help pay the passage of any emigrants. Perhaps the Hungarians who were flown out of the country had their passage paid with the money found in this vote. However, that is not the incident I have in mind, but an incident which occurred in the house on January 13 last.

At that time the hon. member for Okanagan Boundary referred to a proposal that some of the sons of freedom may leave Canada to settle in the U.S.S.R. The hon. member asked the minister whether the government was prepared to assist them financially in leaving the country when a suitable site is obtained. The minister said he would turn the matter over to the Secretary of State for External Affairs, and he said that the problem had not arisen. I sincerely hope that the hon. member for Okanagan Boundary was not advocating that this government afford these people any assistance in leaving Canada. I hope that if such a request ever comes before the minister, he will not accede to it because I think it is a shame that we cannot learn to get along with people like the Hutterites in Alberta or the sons of freedom in British Columbia. 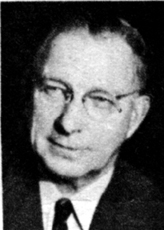 Who cannot get along?

cannot get along with these people. I feel that it would be a further blot. If the hon. member for Okanagan-Revelstoke has something to say I shall be very pleased to hear it. I have here an address which he gave on immigration. In my opinion the communists the world over would use the emigration of the sons of freedom out of Canada against us all over the world. I hope the government will not insist on that move.

I hesitate to do this, Mr. Chairman. I think it is the first time that I have ever attempted to call the hon. member to order. But may I point out that this matter has nothing whatever to do with the estimates of this department, and I should be glad to get on with them.

Might I ask the minister whose estimates are concerned with the return of some of the Hungarian refugees? Are they not the estimates of the minister?

The return of the sons of

No; the return of the Hungarian refugees.

Our estimates; under the

general welfare of immigrants, we are responsible for immigrants for 12 months after they arrive in Canada.

If the government should

decide to assist Canadians to emigrate, would that matter not also come under the minister's department?

No; because as will be obvious, Canadians who emigrate are not immigrants and the decision certainly would not be a decision of this department.

Mr. Chairman, it is rather late in the day to start to speak but I might say that I have a large number of Indians in my constituency and many are on reserves. I have here a brief that I think was intended for the hon. member for Bonavista-Twil-lingate. However, it has found its way to me. This brief is from a conference on the Manitoba Indian brotherhood. It reads as follows:

At this conference many matters of vital importance to the health and well-being of the Indians were discussed and drawn up as you will find the recommendations as follows, which each delegate will be looking forward to your due consideration and action thereon.

The present standard of education given to Indian pupils of the north is showing some progress, and the delegation wish to encourage the pupils by requesting you to grant the pupils the assistance for elementary education, also provide high schools and trade courses to advanced students.

You have stated in your speech last February-

This refers to whoever it was that visited the Pukatawagan reserve.

-that you hoped some day the Indian would become a mayor, or Prime Minister of Canada, and for this purpose the request is placed before you again, which we presume you will give your serious consideration.

I want to deal with the various reserves. I have a few remarks to make about each one. It would make them very disjointed if I were to carry on now and not be able to finish. I should like you to call it ten o'clock, Mr. Chairman.

How long will you be?

I am going to take my full 30 minutes.