The minister, of course, realizes that in the case of illegitimate children there may be a protest within a year

That is, generally speaking, correct. When the mother marries a nonIndian she is enfranchised, so her child is not entitled to be registered. 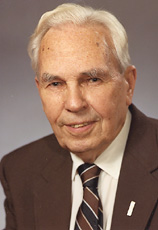 further clarification of that point. The minister says if an Indian woman marries a white man she ceases to be an Indian. But suppose she does not marry the white man, yet has a child by him. What is her status then, and that of the child?

The revised statute in section 11, subparagraph (e) provides that an illegitimate child of a female Indian may in effect be protested at any time within 11 months. So the illegitimate child of an Indian woman and a white father may be registered as an Indian, but if the band or anybody in the band protested the situation would have to be investigated, and if it was established that the father of the child was a white man the child would not be entitled to be registered.

And in the case of an Indian man marrying a white woman, there would be no objection to his child?

No, he is an Indian by birth and entitled to be added to the list.

Is that not making fish of one and flesh of the other?

The point is that if an Indian woman has an illegitimate child by a white man it becomes a question of fact whether or not the child is on the reserve, and whether his addition to the Indian list is protested by the members of the band. This provision was made, as I understand it, so that if the child were to live off the reserve as a white child it could not be claimed later that the child was entitled to be registered.

Mr. Chairman, we have a reserve in our constituency. I can remember our chief criticizing the white leaders, and as I was an Indian chief myself I agreed with him. The one thing they do want is

for their views to be taken into consideration. Not everything the Indians do is good, but the curse of our reserves are the white man and the liquor business, and I commend the minister very much, as others have done, for giving the Indians the opportunity of having their say when new legislation is brought in.

Mr. Chairman, I should just like to raise one small point with regard to definitions. There is at present a campaign to secure the adoption of more Indian orphans by white families. What is the ruling about Indian children who are adopted by white parents, and vice versa?

Mr. Chairman, I do not like to raise a point of order affecting anyone on this side of the house, but since the estimates are coming up immediately after this, and since this question lies completely outside the ambit of the bill, perhaps the hon. member would not mind waiting.

When shall the bill be read the third time?

the third reading of the bill.

The house in committee of supply, Mr. Courtemanche in the chair.

DEPARTMENT OF CITIZENSHIP AND IMMIGRATION

Mr. Chairman, there is one matter of policy with regard to which I should appreciate hearing some comment from the Acting Minister of Citizenship and Immigration, and I hope when he comes to make his statement he will do so bearing in mind his position as Minister of Justice. I have in mind a question of policy which was raised with the previous minister of citizenship and immigration and even with the minister who held that office before him. I may say that in my opinion, at least, no satisfactory reply was ever given with regard to it.

The question I should like to direct to the minister's attention is this. As Acting Minister of Citizenship and Immigration, does he believe that a person who makes application under our immigration laws to enter Canada,

or a person who is an immigrant landed in Canada in due conformity with all our laws, should be denied his application for permission to land, or for a certificate of citizenship, without explanation after such an application has been properly made?

This situation as it relates to immigration first came to my notice about four years ago. A large family in Italy consisting of a mother, father and numerous sons and daughters most of whom were married made application for landing rights in Canada, and each was granted a visa. A day or so before the boat sailed the youngest son was advised that he was rejected, and no reason was given for his rejection. The family left for Canada leaving the one son behind. Upon arrival in British Columbia they settled in my constituency.

I was approached and asked if I could find out why one son out of such a large family was refused the right to come to Canada. The previous minister of citizenship and immigration had an investigation made, and I thank him for it. What was the result? It was learned that the young man in question was denied the right to come to Canada because some unnamed person had told the Canadian department of immigration in Rome something against him, but it was discovered that the charge was completely groundless and without basis in fact and had been made out of spite.

That young man is now in Canada. Under the policy of the department he had a charge made against him, was found guilty and sentenced without having had the opportunity of defending himself, and in addition he and his family were unable to ascertain why he had been denied the right to come to Canada. That is only one instance of which I have knowledge, and I could cite others.

I wish now to speak about landed immigrants who have been in this country for some period of time, and by reason of residence qualifications are eligible for citizenship but are denied it when they make application. There must be a reason for their being turned down, but I am convinced that

Supply-Citizenship and Immigration the reason is similar to that in the instance I just cited; because in those cases I have personally taken up the people have been granted their citizenship papers.

I want to thank the present Acting Minister of Citizenship and Immigration for his action on a certain case I have been handling in the past few weeks. The individual involved has now been granted his citizenship papers, but neither he nor I know why he was denied them in the first place.

Surely it is wrong that this situation should be allowed to continue. I could certainly understand that such information should not be public knowledge, but when an individual is denied the right to land in Canada or when he is denied citizenship he, his lawyer or his member of parliament should be given an explanation upon request. They should be entitled to know what charge has been made against the individual so he can enter his defence before he is tried, found guilty and sentenced without knowing the basis of the charge.

Since I have been a member of this house I have had a number of cases of both kinds, and in every case but one the charges were unfounded. As I say, the reason for their rejection should not be a matter of public knowledge, but I maintain that if the individual concerned requests the information he is entitled to receive it. I would go even further and say that if the information is requested on a confidential basis by the individual's lawyer, agent or member of parliament it should be given.

In the recent case I handled to which I have already made reference citizenship has been granted, but when I return home I know the individual concerned will ask me why he was refused citizenship when he first made application some time ago. When I was home during the Christmas recess he told me that he felt he had worked for and earned citizenship and hoped he would have it as a Christmas present. I know I must tell him that both he and I have been unsuccessful in trying to find out why his application was rejected.

I appeal to the minister in his dual capacity as Minister of Justice and Acting Minister of Citizenship and Immigration. Does he not agree that no man or woman either residing in Canada or desirous of so doing should be charged, found guilty and sentenced without having an opportunity of entering a defence and being informed of the charge?

I could speak at length on this subject, but I believe I have said enough to illustrate the situation to the minister. As the present minister has taken a greater interest this

session in certain matters than did the previous hon. gentlemen who occupied his position, I dare to hope that he will announce a change in policy in this regard in the interests of justice.