Mr. Speaker, on January 18, as recorded at page 3455 of Hansard, I reported to the house the submission of a formal note on July 23, 1957, to the United States Department of State concerning the possibility of the imposition of barriers by the United States against importations of lead and zinc from Canada, and I indicated at that time that the consent of the United States administration would be sought to the tabling of the Canadian note and also the United States reply in this house.

That consent has now been obtained, and I should like, Mr. Speaker, to table now the Canadian note, No. 409, dated July 23, to which I have referred, and also a copy of the reply dated August 2 from the United States.

OTTAWA-HULL REPORTED AGREEMENT BY PREMIERS OF QUEBEC AND ONTARIO

Mr. Speaker, I wish to direct a question to the Minister of Public Works. We have learned from the newspapers that Premier Duplessis-

I have to explain to the minister if I want him to understand my question. I understand that Premier Duplessis in answer to a question asked by the provincial member of parliament for Hull said he was now ready to share in the cost of building a new bridge. The Ottawa Journal called Mr. Dunbar, who said that the provincial government of Ontario is also ready. Here is my question-

Will the minister now take the lead so we may have this bridge as soon as possible?

Mr. Speaker, I read this dispatch myself but there has been no further information given to the department. However, I will look into the situation right away. 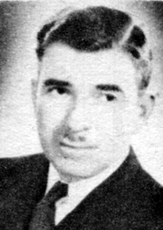 Mr. Speaker, may I ask a supplementary question. Will the Minister of Public Works take the initiative in this instance as the former prime minister did with regard to the Allumette Island bridge?

Mr. Speaker, we look into all these questions.

Looking into and doing are quite different.

It is doing that counts.

And I might add that we take action a whole lot faster than the former government did.