Does that apply to sugar beets, butter and what is the other one?

There is quite a large number. There are butter, eggs, sugar beets, hogs and dry skim milk.

Does honey come under the act?

No, honey is not under price support at the moment.

Clause agreed to. On clause 17-Repeal.

I want to say a word on clause 17. Naturally, we would have liked to have seen the Agricultural Prices Support Act amended instead of having it repealed. I believe the same results could have been obtained that way. I simply want to state that we were not in favour of repealing the act. Now this bill is about to be passed, I suppose the one has to be substituted for the other. That is the only way it can be done.

Before clause 17 carries, I wish to say a word. This clause makes it clear that the old Agricultural Prices Support Act is to be repealed, and therefore there would be nothing to take the place of that act until after this bill has been passed. Of course, it is going to be passed anyway, and the old act will be repealed.

Throughout this whole debate we have advocated a certain thing we thought should be put into the bill. We were insistent that a cost-price relationship should be established. There has been some effort in this bill to incorporate that, and although the bill does not go as far as we want to go, with the amendments that have been brought in by the government-I must say at the insistence of the opposition-I think there has been a little bit of improvement. As I say, we have opposed the measure and tried to improve it as much as we could. I think, as a result of the effective opposition from the Social Credit and C.C.F. parties there has been some improvement in it. For these reasons we will support the bill.

I should like to make one or two comments in the same connection. I feel it is rather important, when we come to the point of repealing an act which has been in force for 13 years and

Agricultural Products-Price Stabilization replacing it by another bill, that we be absolutely certain in our own minds that the bill we are introducing as a replacement will meet the requirements and needs of the Canadian people. Many of us have an appreciation of the old Agricultural Prices Support Act during the years of the Liberal administration, and we became very distrustful of phrases appearing in acts which sound very hopeful or which, in the words of the Prime Minister, give promise of a hope.

We have taken a challenging stand on this legislation in the hope that we could improve it so it would be the best possible bill to present to the Canadian people. We discussed the measure at the resolution stage, and as has been pointed out nine amendments were introduced. I think the other amendments which were introduced at this stage would have made the bill an even better bill. I think it is of importance that, once this bill has been proclaimed, consideration should be given to the recommendations made by members in this chamber, and that every factor of the farmers' cost of production be taken into consideration. That is the best the bill will do. We wanted to have some factors written into it which would be of a more binding nature than those in the old Agricultural Prices Support Act and which would, in fact, guarantee the farmer a fair share of the national income, thus meeting his cost of production. We hoped that something like that would be written into the bill. I feel that we can hope for the best.

Clause agreed to. On the preamble.

There is an amendment which we propose to the preamble. It reads as follows:

That the preamble be amended by Inserting immediately alter the word "buy" in line 6, on page 1, the words "thus to provide farmers with a fair share of the national income".

That is what we have had in mind in introducing this legislation, and in spite of all that has been said here to the contrary I feel the legislation is completely capable of accomplishing that purpose. I am quite sure that once the legislation has been put into effect the farmers of this country will find that it will materially improve their position. I certainly have every hope and trust that the act will be successful in giving the farmers a considerably improved share of the national income and, from that point of view, will satisfy their justifiable demands.

I move the amendment.

As we draw to the end

of the debate on this bill I should like to say that it has been a disappointment to me,

and I am sure to many farmers at least who would have hoped that we could have written into this legislation the principle of parity prices for farm products. I commend the amendment which the minister has now moved to the preamble of this bill and which says that the intent of the bill will be to provide farmers with a fair share of the national income. After our struggle, and the fact that we have been somewhat influential in getting numerous amendments to the bill-

-nine of them, the

hon. member says-I can only say that I think it rests with the government to determine what is a fair share of the national income. I certainly do not feel that the farmer should receive less than his cost of production and a decent amount left over with which to provide himself and his family with a decent standard of living. To get guarantees put into the bill in order to achieve that objective is something we have failed to do. I can therefore only say that it has been a great disappointment to me that the government, in bringing in what they have already stated is one of the broad pieces of legislation by which they hope to provide the farmer with a fair share of the national income, have failed to provide any guarantee. I do not think that in this bill we have any guarantee. The matter must rest with the will of the government. I hope that they will so administer the act that it will bring some benefit to our farm people.

I just wanted to say a word with regard to this amendment, following up some of the remarks that have been made within the last few moments with regard to the old legislation. I had understood the minister to say, when he first introduced the bill -and I still think it is his opinion-that this measure could not by any stretch of the imagination be taken to be one which would accomplish all that is expected. I was just wondering whether it would not be better to say that this is to help to provide farmers with a fair share of the national income. If it is not put in those terms I am afraid it will not be very many months until some of our friends down at the other end of the chamber will be saying that we led them to expect altogether too much. I think the measure can be utilized toward that end. But I am sure we all agree that we do not expect that the farmers are going to get a complete balance of the situation which exists with regard to the national income as a result merely of the passing of this act. 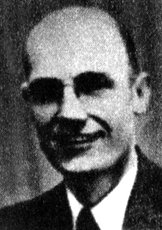 being made towards providing the farmers of Canada with their fair share of the national income. For years this group has argued that this should be the end towards which this parliament should move. This is the first time we have seen the objective given any effective recognition in the form of legislation. We are happy about that fact. I should like to say this. I think it must be admitted that not only should the opposition groups within this house receive credit for the changes that have been made but the farm organizations across Canada should be given a little bit of credit for having made a gain towards their ultimate objective within the last few years.

May I direct question to the Minister of National Revenue who has proposed the amendment that is now before the committee. I am putting this question to him not only because he moved the amendment but because he is a distinguished member of the bar with considerable experience in court. Can he tell us how a preamble would stand up in court, particularly if there happened to be any conflict between the words of the amendment to the preamble which he has just now moved and the operative sections of the act? In other words, would he give us his assessment as to the practical and legal value of a preamble?

I think Mr. Speaker has ruled on several occasions that this is not the place in which to give legal opinions. I do not think I am in a position to give one at this moment.

The lack of an answer is noted.