LEAD, ZINC AND COPPER INQUIRY AS TO STEPS TO PROTECT CANADIAN INTERESTS 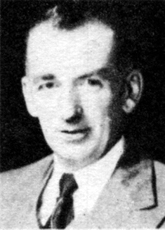 Mr. Speaker, I should like to direct a question to the Minister of Trade and Commerce. In view of the action taken in both the Senate and House of Representatives of the United States to boost the tariff on copper, can the minister tell the house if proper representations are being made by the Canadian government in order to prevent the imposition of higher tariffs against Canadian copper?

Mr. Speaker, I wonder if I might attempt to answer the question asked by the hon. member, because a similar question was asked of me yesterday by another hon. member, arising out of press reports from Washington to the effect that bills had been introduced in the United States congress seeking the application of tariffs against imports of Canadian copper.

I have made inquiries. I find that bills have been introduced in the House of Representatives and in the United States Senate by individual members of those bodies. There is no indication, and the government has no reason to suppose, that these bills have been introduced with any approval on the part of the United States administration. Copies of the bills have not yet been received, but it is expected that copies may be available to this government shortly.

I have a supplementary question. Does the minister not think it might be prudent to get in touch with the government of the United States in order to make sure that no boost in tariffs is made?

If there is any reason at all to think these bills will be likely to be advanced in congress, there is no doubt about the type of action the Canadian government will take. Certainly steps will be taken to repeat the views of the Canadian government with regard to this and associated subjects whenever there is any reason at all to do so. I may add that, so far as the legislative position is concerned, much depends upon what action the United States congress itself takes with regard to the trade agreements legislation which will expire on June 30 unless renewed by congress. That matter, in a word, is at the base of many of these problems.

Mr. Speaker, yesterday the Minister of Finance, in answer to my question respecting the proposed tariff on lead and zinc, said there was no formal protest in writing made to the United States authorities. I want to ask the minister if he would consider making a formal protest in writing to the President of the United States respecting this proposed increase in tariff.

I intended, Mr. Speaker, as soon as there was an opportunity this morning to rise and say that the answer I gave the hon. member yesterday was made without referring to the file, and needs to be amended. I find on checking the file that on July 19, 1957, a message was sent to

Washington, with a formal note attached to it from the Canadian government; and that formal note was presented to the department of state of the United States respecting proposals of the United States administration indicating an increase in the tariff on lead and zinc. I am informed that the note was delivered on July 23, and a formal reply was received from the department of state on August 2.

I take it I may anticipate from my hon. friend a request for the tabling of that note and the reply, and I think I may assure him now that a request will be made in the ordinary way to the United States government looking to the release of both notes for tabling in the house.

I am not so interested in the tabling of the note. What I am interested in is, will the minister make the protest directly to the President of the United States, who is responsible in this matter?

Mr. Speaker, I do not know that it lies within my power to make a protest directly to the President of the United States. There are established channels for the presentation of communications between governments, but the hon. member may be very sure that the views of the Canadian government have been fully presented to the United States government and will continue to be impressed upon them.

So far as personal communications are concerned, I may say that when Mr. Dulles visited Ottawa last summer this matter was discussed with him, first by the Prime Minister and then by the Prime Minister and two other members of this government. The matter was fully discussed at Washington in early October at the time of the meeting of the continuing committee on Canada-United States trade and economic matters, and the subject has been referred to in subsequent discussions. It was referred to in my talks with Mr. Anderson, the secretary of the treasury, in Paris in December. My hon. friend may be well assured that the views of the Canadian government have been put before the United States authorities repeatedly. They fully understand what deep concern we entertain at the prospect of the imposition of tariffs by the United States against importations of Canadian lead and zinc.

My hon. friend is aware, I am sure, that under the existing agreements under GATT the imposition of such tariffs would constitute a breach of the provisions unless there were renegotiations. I presume that if the United States administration feel that they must proceed with the course that has been suggested, they will be asking for renegotiation with respect to these items. The view of the Canadian government will be firmly held, my friend may be assured.

I ask a supplementary question. Can the Minister of Finance inform the house whether he thinks the efforts of the Canadian government in this matter will finally meet with success?

I wish I could give an affirmative answer to my hon. friend. I think in all honesty, in the light of what we have been told, I must content myself with saying that only time will tell.

Mr. Speaker, I should like to direct a question to the Minister of Trade and Commerce arising out of continued reports of progress in the setting up of the European free trade zone. Would

the minister inform the house what representations have been made to these countries? In what way does the government feel this will affect Canadian trade, particularly with regard to agricultural products? Can the minister say whether any active consideration is being given by the Canadian government to associating Canada in any way with such a free trade zone?

Mr. Speaker, this subject has been under discussion in the house before. We are watching developments in Europe very closely. We are not making any immediate representations. At the conference of NATO held in Geneva toward the end of October we dealt with the subject of the common market that was to be developed in Europe. I made a statement on behalf of the government of Canada concerning our attitude in that regard and our concern with respect to the sale of our agricultural products in Europe. I was assured in the speeches made by the members of the participating nations that due regard would be had to the points that were made in that speech.

At the moment we have no information that Canada's trade will be adversely affected by events transpiring in Europe. In fact, I think in the long run there will be increased trade between Canada and the six nations of Europe.

Mr. Speaker, I wonder if I might ask a supplementary question. My question had rather more to do with the 17-nation free trading area. Would the minister comment on my latter question as to whether Canada has given any consideration to associating our nation in any way with the proposed free trade zone? Have we decided to stay out of it entirely?

Mr. Speaker, that free trade area comprising 17 nations has not advanced to the stage at which any action is necessary on the part of ourselves or anyone else. Certainly we are watching it very closely. Once again, we feel that in so far as we can judge by what we have heard from other nations interested in that area, Canadian interests will not be adversely affected.