Does the hon. member agree with the sub-clause he has just read? Perhaps he would like to look at it and see what it means? 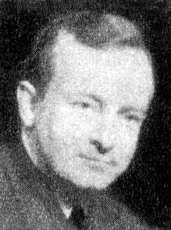 I would like to answer the hon. gentleman's question. In general, yes, I agree with that principle. There is this to be said in connection with this definition. It implies that where an employee does not take his holidays, or ceases to be employed after the end of one or two years, and if between the end of this first year of employment and the end of his second year of employment he severs his connection he would receive 2 per cent of his annual wages by way of vacation pay. If he had completed two years of employment thereafter and severed his employment he would receive 4 per cent of his annual pay. To that extent it does not provide for a vacation but it provides for vacation pay.

I am not too familiar with the usages and customs as outlined in labour-management contracts, but I should like to make this point. Any time that wages are interfered with, any time that we pass such legislation as this, increasing costs-and that is what it amounts to-we affect the whole economy to a greater or a lesser extent. It has the effect of raising costs somewhere. Now, the public are interested, and have the right to be interested, when anything of this kind is done or any such action as is contemplated is taken. I think that by and large the public are in favour of this legislation. It is a matter of transferring some advantages from one group in our economy to another group. Still, I think the public are in favour of it.

I represent for the most part a rural constituency. Most of the people in our area are farmers and I should take the opportunity to get in a plug for the farming interests. There is legislation before the house which we were discussing just before we began this discussion which purports to improve the position of the farmer.

Order. I do not think the hon. member will find anything in Bill No. 2 which relates to farming.

Mr. Speaker, I was simply undertaking in the statement I was making to prove that such action on the part of the government would in fact have some effect on the farmers and I was going to say to those who are supporting this legislation for the benefit of the wage earners that certainly the farmers have a right to expect that the farm matters which are under consideration will also receive sympathetic support. Maybe that is out of order.

Let me get back to the government legislation which is proposed. Subject to this act,

every employee would be entitled to a vacation of at least two weeks with vacation pay in respect of every completed year of employment. There is something wrong there. I had better go back. I read:

This act applies to and in respect of (a) employment upon or in connection with any federal works, undertakings or businesses;-

What bill is that?

If the hon. member is returning to Bill No. 16, may I say to him I allowed him a fair amount of latitude in dealing with Bill No. 16 a while ago, hoping that he would somehow relate it to the bill under discussion, but I do not think I should permit him to return to Bill No. 16 unless he has some purpose in mind in connection with the bill which is now before us.

And supported last year by the Conservatives.

As I understand it, the principle of the bill is supported by the Conservative element in this house and, as I said, the principle is largely supported by the population all across the country; but unfortunately, it is introduced in such a way that we cannot vote for it without indicating a measure of lack of confidence in the government. Therefore, we have to praise it and let it go.

Just like the Liberals during this session, barking but not biting.

opportune time enact legislation which will serve the purposes intended to be served by the bill now before the house. The opposition members who are sponsoring this bill have done a great deal of promotion in the way of legislation for the working people. I would point out that they are not the only ones who have promoted legislation of this kind. I would point out that the record of the present administration in bringing forward legislation to help the working people, and to help the farmers of this country, is not to be surpassed by any government which has been in power in this country since 1867. With that, Mr. Speaker, I will conclude.

Here is the official talker-outer.

-the hon. member who has preceded me in this discussion has not left much time for the contribution that I wished to make. I say that quite seriously. The interjection of the hon. member for Winnipeg North Centre (Mr. Knowles) with reference to myself indicated that I was the official talker-outer. This remark will indicate that there is a certain amount of professional jealousy between him and me.

is the old school tie.

That is precisely the point I was going to make. I want to take part in this discussion this afternoon because on the bill before us I can agree almost completely with a fellow graduate from my own alma mater. It is not always that we see eye to eye on matters in this house.

There was only one small criticism I wanted to make, however. The principle of Bill No. 2, as well as of Bill No. 16, is a very commendable one. I should like to suggest, Mr. Speaker, that the hon. member sponsoring the bill does not practice what he preaches. He is the only man in this house who never takes a vacation. If you look down the list on the order paper, I am sure it would demonstrate that fact.

I do not believe any hon. member in this chamber would be against the idea that is being sponsored here this afternoon. It is an idea which is perhaps more firmly established in private industry than it is in public business, that every working man deserves a reasonable period of holidays. I think the principle has come about for entirely practical reasons. I should like to approach it from two standpoints. First of all, if you give an employee a reasonable period for vacation it makes him a much more effective employee. This principle perhaps applies today more than it ever did before because so much of the work in this age of mechanization is of a routine and administrative nature. Secondly, in the kind of world in which we live today it is to an increasing extent becoming obvious that more leisure time is at the disposal of the working man. The hours of work are decreasing and the amount of leisure time available is on the increase.

Would the hon. member permit a question?