Mr. Speaker, I am afraid I cannot give that information.

Could the minister say whether the resolution regarding the agricultural matter will be continued until it is completed, if it should have to go over until Thursday?

No, I am afraid I cannot say that. I would hope that the resolution could go through tomorrow, and then the bill would be available for study by hon. members.

At ten o'clock the house adjourned, without question put, pursuant to the order of the house passed on December 2, 1957. Questions

2. Has agreement been entered into with the provincial authorities to secure the best available site, and for the maintenance of a road in fair condition between the said landing strip or field and the townsite of Fort Chipewyan?

Assistant, for the Minister of Transport:

1 and 2. Yes. Following negotiations, the provincial government has indicated willingness to provide the necessary land and to be responsible for the maintenance of the airport, and to consider maintaining the access road from the village to the airport. Negotiations with the province are continuing and, if concluded successfully, the federal government would be prepared to assist in the provision of the strip.

1. What is the location and name of each of the Canadian regiments, not being of the permanent force, which bear the title "Royal"?

2. In what year was each regiment given the insignia "Royal"? 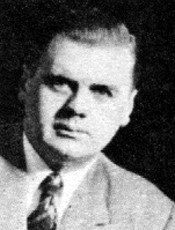 On the corresponding date in 1956, the figures were as follows:

1. Have discussions taken place since November 1, 1957, between representatives of Brunswick Mining and Smelting Corporation and officials of the Department of Public Works in connection with the harbour project at Carron point near Bathurst, Gloucester county, New Brunswick?

2. If so, has any decision been taken to proceed with this project during 1958?

Answer by: Mr. Hodgson, Parliameniary Assistant, for the Minister of Public Works:

2. No decision has yet been taken to proceed with this project during 1958. A decision on this matter will depend on the discussions referred to in No. 1.

1. Have instructions been issued to the captain of D.P.W. dredge No. 23 to proceed to a certain port in New Brunswick for winter lay-up?

2. If so. on what date were such instructions issued and what port was the captain ordered to proceed to?

3. On what date did it arrive at the port in question?

Answer by: Mr. Hodgson, Parliamentary Assistant, for the Minister of Public Works:

p.c. 1957-1632 Certified to be a true copy of a minute of a meeting of the committee of the privy council, approved by His Excellency the Governor General on the 10th December, 1957. The committee of the privy council, on the recommendation of the Right Honourable John George Diefenbaker, the Prime Minister, advise that: Dr. Andrew Stewart, Edmonton, Alberta; Mrs. Dorothy Walton, Toronto, Ontario; Mr. Howard MacKichan, Halifax, Nova Scotia; Mr. Romeo Martin, Montreal, Quebec; Dr. W. M. Drummond, Guelph, Ontario; Mr. Cleve Kidd, Toronto, Ontario, and Mr. Bernard Couvrette, Montreal, Quebec, be appointed commissioners under part I of the Inquiries Act, to: (a) inquire into the extent and the causes of the spread between the prices received by producers of food products of agricultural and fisheries origin and the prices paid by consumers therefor; (b) determine whether or not such price spreads in general or in particular cases are fair and reasonable, or are excessive, in relation to the services rendered; (c) make such recommendations as they deem appropriate if any such price spreads are found to be excessive; and (d) examine the adequacy of price information currently available. The committee further advise: 1. That the commissioners be authorized to exercise all the powers set out in section 11 of the Inquiries Act; 2. That in the exercise of their powers to employ counsel, experts and assistants under section 11 of the Inquiries Act, the commissioners may authorize remuneration to such persons and reimbursement for their expenses within such limits and on such conditions as the treasury board may determine from time to time; 3. That the commissioners adopt such procedure and methods as they may from time to time deem expedient for the proper conduct of the inquiry and sit at such times and at such places in Canada as they may decide from time to time; 4. That the commissioners be assisted to the fullest extent by government departments and agencies; 5. That the commissioners report to the governor in council; 6. That Dr. Andrew Stewart be chairman of the commission. R. B. Bryce, Clerk of the privy council. *