Is the bill ready?

-and assist in getting the estimates out of the way, the legislation will be introduced, as will the other matters to which reference will be made on Monday.

I have a question for the Prime Minister, arising out of his remarks now as compared with his remarks earlier. Is the legislation to which he has referred now ready, in that the bill is ready?

If my hon. friend had listened to what I said earlier he would have had the answer to his question. The legislation committee has drafted the legislation. At twelve o'clock today, provided the question period does not continue on and on with questions that have no place in the house and merely kill time-

that not for Mr. Speaker to decide?

-that committee will meet for the purpose of finalizing the legislation.

It is not yet ready. 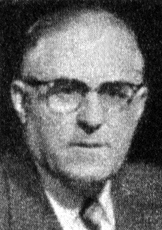 I have a question for the Prime Minister. I have never had the privilege of asking him a question, so I do so today. If the Prime Minister is so sincere about bringing forward his agricultural legislation, why is it that the resolution extending unemployment insurance was brought in and acted on in two days-

Order. If the hon. member thinks of what he is saying I believe he will appreciate that he is making an argument and not asking a question of the Prime Minister.

REQUEST FOR REPORT ON INVESTIGATION INTO HARVEST

Mr. Speaker, I would like to ask the Minister of Agriculture if he is in a position this morning to tell the house in a general way the contents of the report which I understand he

Inquiries of the Ministry has received concerning the tragic crop situation in the Peace river country, and to let us know what measures his department proposes to take to help relieve the situation there.

Mr. Speaker, there has been a very unfortunate situation this year from the point of view of weather in the Peace river country. I sent a special investigation team into the area some two weeks ago to make a report on the exact situation that existed there, with a view to seeing whether the crop situation was such that although no threshing had taken place in a large number of places it would be possible to put into effect P.F.A.A. payments.

The report I received was that approximately only 30 per cent of the threshing had been done in the Peace river area including the British Columbia block, and that it was extremely doubtful whether more than something between 10 per cent and 20 per cent of the remaining grain would ever be threshed. In view of those circumstances I issued instructions that something between 40 and 50 P.F.A.A. inspectors should be secured immediately to make a detailed assessment of the situation in practically every township in the Peace river area. As a result of this I expect that P.F.A.A. payments in very considerable amounts will be put into effect in the area.

In addition, the crop which was harvested in the Peace river country was nearly all tough and damp grain. Therefore representations were made that if this grain was to be saved and prevented from going bad, special means would have to be taken in order to get it down to a terminal elevator where it could be dried. I took up this matter with the wheat board and the Department of Trade and Commerce. They are now working on that problem, and I trust that some means will be evolved of getting this grain into the terminal elevator in Edmonton and possibly the terminal elevator at Vancouver, where it can be dried and thus made available for general use.

Mr. Speaker, I have a question for the Minister of Agriculture which perhaps might more appropriately be raised as a question of privilege. In any event, it has to do with the exchange which took place between the Minister of Agriculture and myself on Tuesday, November 26, as to whether certain agricultural prices in this country were falling. In his statement the minister referred to a-

Order. May I remind the hon. member that if exception is taken to what is said in the house it must be taken at the time. We cannot go back and correct Hansard of the past.

Mr. Speaker, I believe I can substantiate the point that the house was misinformed, misled in a very material way by the minister, and I think that is a question of privilege. If you believe at this moment that it has more to do with the argument itself I am quite prepared to drop it, but I do believe that if you will hear me out you will agree that it is a question of privilege.