May I direct a question to the Prime Minister. Will the Prime Minister encourage and the government assist in arranging a broad international conference of scientists to discuss the dangers of thermonuclear war, as proposed in a letter signed by six of the Soviet union's outstanding scientists and quoted in the leading editorial of the New York Herald Tribune of November 8?

Is he aware that the proposal has been endorsed by the editor of the bulletin of the atomic scientists and approved by Mr. Cyrus Eaton, who arranged the Pugwash scientific conference last summer?

Mr. Speaker, the hon. member was kind enough to do me the courtesy of sending me notice of his question, together with the editorial in the New York Herald Tribune, and also the observation thereon by Mr. Cyrus Eaton.

From a perusal of the editorial I conclude that the proposal made by the scientists of the U.S.S.R. was one outside of governmental consideration. Apparently a number of U.S.S.R. scientists suggested that it would be helpful if the atomic scientists of all countries and representatives of other disciplines, biologists, medical scientists, philosophers, economists, historians, sociologists and educators, could meet to express their weighty opinions in a broad international meeting of the most important representatives of science. Later on in the course of the letter these words appear:

The danger which hangs over mankind because of the possibility of using atomic energy for war purposes is common to all countries independent of their political and economic systems.

There is nothing in any way to prevent such a meeting under the auspices of any of the nations in respect of which representation by scientists would take place.

The basis of the meeting would be similar to the meeting convened in Pugwash, Nova Scotia, by Mr. Cyrus Eaton, at which representatives of various nations met and discussed international and scientific problems. This is not a conference for governments. It is one for scientists, and I would simply say that everything that can be done should be done to bring about peace in the world. If the scientists choose to meet I am sure there would certainly be every approval by the free nations. Further than that I cannot go at this time, for it is not a matter of national government consideration.

May I ask a supplementary question. The point of my question was, will the government encourage and assist as far as its ability goes? I notice that Mr. Cyrus Eaton, in the article to which I referred and which I sent the Prime Minister, suggests that encouragement might be given by Canada and the conference might be held in Canada. The point of my question is, will the government encourage and to the extent that is possible assist in the organization of such a conference? I think we have scientists in Canada connected with the Chalk River project and the national research council who might be encouraged to join in organizing such a conference.

Mr. Speaker, up to the present time there has been nothing official in this connection except for a reference in the press to a suggestion made by certain scientists of the U.S.S.R. I would not want to go further at this time until an invitation was actually received by Canadian scientists. I notice that Mr. Cyrus Eaton says that such a conference would probably be held in Canada, the West Indies or India. Then he goes on to say that perhaps Canada might be the place of meeting. Certainly there was no interference in any way by the government of Canada with Soviet scientists coming to Canada to the conference convened by Mr. Eaton, and subject to any eventualities in the meantime I am sure the same attitude should be exhibited by the government in reference to any bona fide effort being made by scientists to discuss the problems of today and arrive at some solution which would ensure coexistence and peace in the world.

Inquiries of the Ministry EXTERNAL AFFAIRS

INQUIRY AS TO INTERNATIONAL CONTROL OF OUTER SPACE

Mr. Speaker, may I direct a question either to the Prime Minister or to the Minister of Transport, inasmuch as it may be that the international civil aviation organization would be involved. Is the Canadian government giving consideration to the desirability of seeking international conventions or agreements regarding the launching of satellites and space travel, in the hope that mankind's activities in outer space might be on a coordinated basis?

We will certainly give the hon. member's question consideration and study.

May I ask a supplementary question. Has anything been done with regard to this matter under the aegis of the international civil aviation organization as yet?

Not so far as I know. 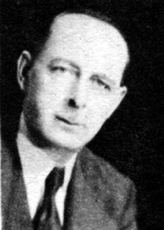 I should like to direct a question to the Minister of Public Works. I read in a newspaper last Friday that the plans for the new post office headquarters building, which was to be built on Riverside drive, have been shelved indefinitely. The heading of the article is, "Tories Cancel Plans for New Post Office H.Q." I should like to know if that is right.

I am very sorry, but I did not hear the hon. member's question. I will take it as notice.

I will send the minister the article so that he may understand the question.

I should like to ask the Minister of Public Works a question. Since he did not understand my question, will he read it and give me an answer now?