Mr. Speaker, in answer to a question yesterday I undertook to communicate with Mr. Bennett about the question that had been asked of me, whether I was aware that he had been a director of Investors Mutual of Canada Limited. I communicated with him and I have this answer as to the facts:

I have been a director of Investors Mutual of Canada since its incorporation several years ago. On March 1 last I advised the president of the company of my desire to resign from the board, and it was understood that my resignation would be submitted formally at the next meeting of the board. I took this decision because the increase in my responsibilities as president of Eldorado Mining and Refining Limited and of Atomic Energy of Canada Limited made it quite apparent that I could devote no time to outside activities. Since the question of Investors Mutual holdings in uranium has been raised, I should point out that at no time have I been consulted about such investments for the simple reason that under an agreement between Investors Mutual of Canada and Investors Syndicate of Canada the latter company provides an investment service as well as a sales service for Investors Mutual. Accordingly, the board of directors of Investors Mutual has not been involved in the selection of that company's portfolio.

May I direct a question to the Prime Minister which is related to the matter to which he has just given an answer. Is the Prime Minister aware that on the streets of Toronto at the present time there is an issue of the Toronto Telegram which carries a story to the effect that the Avro interests and McIntyre Porcupine are going to buy the Algoma Steel empire? If this report is correct, does the Prime Minister not feel that it is now even more serious than it was a few days ago that the Minister of Trade and Commerce had consultations with Mr. Tory concerning the appointment of Mr. Barrington to the board of McIntyre Porcupine?

May I ask a further question. In view of the report that McIntyre Porcupine is going to use $80 million of liquid assets which it has for this deal, does he not think a question should be asked concerning the fact they have been receiving subsidies from the federal treasury?

Well, if they have been receiving subsidies it has been under an act passed by this parliament to prevent towns dependent upon the operations of gold mines from becoming ghost towns.

May I ask a further question. In view of the occasions when the Prime Minister seems to lack information as to what is happening under the aegis of the Minister of Trade and Commerce, may I ask him to ascertain whether the three companies that have been named, Avro, McIntyre Porcupine and Algoma Steel, with which the Minister of Trade and Commerce has various connections, are making any contributions to the Liberal party for election purposes?

Is it not a matter of public interest as to whether or not firms which are receiving assistance or contributions from the federal treasury are making contributions to the party in power?

That may be something of great interest to my hon. friend-

And to the people of Canada. 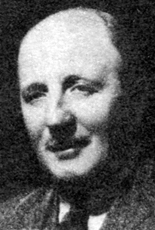 -and possibly to the people of Canada, but I do not know of any contribution that has been made to any political party that has had any influence upon the conduct of public business in Canada.

No, Mr. Speaker, I do not think a report in the Toronto Telegram has any bearing on the propriety or otherwise of the matter.

I should like to direct a question to the Minister of Finance. As a result of the overpayment

Inquiries of the Ministry made to Prince Edward Island under the tax rental agreements, has the government given any consideration to changing the terms of that agreement?

Mr. Speaker, the quarterly payments which were due under the tax rental agreements in the latter part of the fiscal year were in several cases considerably lower than the provincial governments concerned expected. In the case of Prince Edward Island they had been overpaid to the extent of $1,141,103.80 over the period of the five-year agreement. Consequently that amount was deducted from the final payment.

The government of the province of Prince Edward Island has made representations, with the result that it has been decided that we would pay the full amount of the quarterly payment that was expected and recover the deduction over the course of the term of the present agreement. That offer is, of course, open to any other provincial government which had a similar deduction.

On the orders of the day: .Mr. D. S. Harkness (Calgary North): Mr. Speaker, I should like to direct a question to the Minister of National Defence. In view of the fact that no mention is made in the green book on defence, which the minister tabled yesterday, of the three new fighter squadrons for the defence of Canada which the minister stated last year were to be constituted, can the minister tell us whether the plan for these three new fighter squadrons has now been abandoned? If not, what is the situation with regard to the matter?