Mr. Speaker, to the best of my knowledge the Minister of Citizenship and Immigration has never at any time made representations to the C.B.C. in any of the manners suggested here concerning any actual or potential program. However, as many hon. members no doubt know, I have been a personal friend of the chairman of the board of the C.B.C. for 23 years, and I have always thought I lived in a free country and was perfectly free to express my opinions, good, bad or indifferent, of the broadcasts on the C.B.C., and I intend to go on doing so.

1. Has Canada reached agreement with the United States concerning the imposition of tolls on users of the Welland canal?

2. Do any tolls apply with respect to the use of the United States canals at Sault Ste. Marie?

4. Has there been any increase since 1951 in the estimated cost of improvements to the Welland canal? What is the present estimate of such cost?

Mr. Langlcis, Parliamentary Assistant, for the Minister of Transport: Mr. Speaker, the answer to parts 1 and 2 of this question is

no. As for part 3, the whole question of the toll structure for the St. Lawrence seaway is under study but no conclusions have been reached. The answer to part 4 is yes, due in part to additional improvements. The present estimate of such cost is $23,924,770.

OUESTION PASSED AS ORDER FOR RETURN 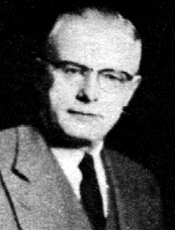 1. What was the total expenditure in each province of Canada for the fiscal year 1955-56, by the federal government, including the statutory subsidy and tax rental agreement payments?

2. What was the total expenditure, during the fiscal year 1955-56, in each province by each federal department and agency?

Motion No. 30-Mr. Hahn: For a copy of all correspondence, telegrams, memoranda and other documents exchanged between the government and Union Steamships Limited, relating to the application for and receipt of a subvention as included in the estimates for the year ending March 31, 1957, item No. 496; and item No. 610 of the supplementary estimates (3) for that same year, as well as any similar information relative to item No. 495 of estimates for the fiscal year ending March 31, 1958. He said: Mr. Speaker, I would ask the permission of the house to drop this motion, by reason of the fact that the minister has assured me that he is carrying on correspondence with another company in the hope of reducing or doing away with this subvention completely.

Shall this motion be withdrawn?

I should like to address a question to the Minister of National Defence. Can the minister now say whether a decision has been reached with regard to the activities of 424 squadron?

No, Mr. Speaker, a final decision

has not been reached. We have been in negotiation with the Department of Transport and I think the officers of the department have also probably been in touch with the

city of Hamilton to see whether any suitable arrangement can be worked out to maintain the airport.

out to the minister that my question did not deal with the maintenance of the airport. The question I asked had to do with the future activities of 424 squadron, a question which I asked some months ago and to which the minister promised an answer.

The relevancy of my reply

is in the fact that I said in connection with my estimates last spring that if we are going to have to maintain the airport by ourselves the squadron will be disbanded, and these negotiations have been taking place in order to see whether any suitable arrangement can be worked out.

Do I understand the

minister to imply that the flying activities of 424 squadron are dependent upon the city of Hamilton rather than upon the Department of National Defence?

The continuance of the

squadron is dependent upon such assistance in maintaining the airport as will enable it to be used for a reserve squadron. There is no question but that the squadron will be disbanded if the department has to maintain the whole airport in order to support it. I have stated that a number of times, and that is still our intention.