Hon. L. B. Pearson (Secreiary of Stale for External Affairs):

Mr. Speaker, as I indicated to the house yesterday I had hoped to be able to make a statement on this matter today, but my statement has not been completed. I also have not had a chance to discuss it with my colleagues, but I hope to be able to make it tomorrow. It is a complicated matter as well as a tragic one, because the statement will deal not only with a certain tragic experience but with relations between the two governments in the field of security.

Possibly the minister would say, without disclosing the nature of the protest, whether or not a protest has been made.

Yes, a very strong protest has been made formally and in writing.

STATEMENT ON ACCIDENT NEAR OTTAWA

Mr. Speaker, though I can add little to the known facts, in view of the

question asked by the hon. member for Winnipeg North Centre the other day I should like to make a further report on the very regrettable air accident which occurred on March 1 near Manotick, in which all eight persons aboard a Mitchell plane lost their lives.

The aircraft was en route, as hon. members will remember, from Churchill to Uplands, having refuelled at North Bay about 45 minutes before approaching Uplands. The aircraft crashed about six minutes after nine p.m., within a few minutes of the last radio contact with Uplands, at which time there was no reason to believe that the pilot was experiencing any difficulty.

Although the investigation has been very thorough, the lack of survivors and the complete disintegration of the aircraft have made it difficult, indeed practically impossible, to determine the actual cause of the crash. Officers of the Royal Canadian Air Force are continuing to follow up their investigation. Nevertheless, as I have said, there appears to be little likelihood of ever successfully determining what caused the plane to crash. 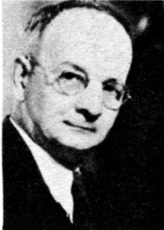 Mr. A. M. Campbell (The Battlefords):

should like to address a question to the Minister of Citizenship and Immigration. If the Caughnawaga Indians are not able to come to an agreement with the seaway authority respecting property expropriated, will the minister consider financial assistance to these Indians in taking a test case to the courts?

Well, Mr. Speaker, I would certainly not say that I would not give consideration to it, but I would have to think about it very hard indeed.

You should do that more often before you speak.

Mr. Speaker, I wonder whether the leader of the house would make it clear what the arrangements are regarding today's debate.

apologize, Mr. Speaker. I was engaged in reading some words in Hansard of yesterday.

My understanding is that we intend to proceed with the supply motion as soon as orders of the day are called.

Can it be made clear what will happen to the hour between five and six? Can it also be made clear at what time the vote is to be taken, and what happens after the vote? My point is that since the debate proposed for today is not one that is provided for in the rules but is rather a matter of consent, should we not have it clear now rather than encounter an argument later as to what the arrangements are?

I think it likely, subject to any ruling Your Honour might make, that consent would be required at this time to present a supply motion, although we have not sought a ruling on that point. That being the case, the question arises whether there are any terms on which consent might be given. It has been drawn to my attention that from five to six we have the hour for private bills which is normally abandoned on those Tuesdays on which a supply motion is under discussion, debate on which has commenced on a Monday.

However, I think we can take it that we are proceeding by consent. I am not sure whether there is unanimous consent that we do so if it means that the period from five to six is not to be used for private members' bills. It has been suggested that one way to avoid that would be to use that hour for private bills and postpone the vote on the amendment from 8.15 to 8.45, thereby recapturing half an hour of the hour that might be lost and also not depriving those hon. members who might wish to raise grievances not connected with the amendment of that half hour. Up to the time I came into the house there had been no agreement as to what might be done. Possibly we could reach agreement now, or we might find it possible to do so before five o'clock.

In view of the fact that we are being reduced to a portion of one day for debate of the supply motion, I feel that the voting hour should be postponed to permit full consideration being given, and that an extra hour should be allowed from the time at which the vote would normally be taken. The vote was to be taken at 8.15, and in view of what I have said I think it should be postponed to 9.15. We have gone a long way in order to co-operate, and I feel we should be entitled to that.