Clause agreed to. Clauses 5 to 14, inclusive, agreed to. On schedule 1.

I believe the point raised by the hon. member has been raised on previous occasions in a slightly different way in connection with treaties, which can only be accepted or rejected, and not amended by the house; and by carrying the schedules to this bill, which have been agreed to already by the miscellaneous private bills committee, I submit that all the chairman's initials would indicate is that these are the schedules referred to in the

clauses of the bill. It is my opinion, which is far from being an expert one, that if they were not there the bill would be incomplete.

Schedules 2 and 3 agreed to.

Before the next item is called may I ask for the unanimous consent of the house to be given, in the same manner as the house gave it ten days ago. The remaining bills on the order paper are, with three exceptions, all second readings of divorce bills. The exceptions are No. 85, an act respecting TransMountain Oil Pipe Line Company and items 145 and 146. As there may be some extended discussion on the divorce bills, I wonder if the house would give unanimous consent to the calling now of items 145 and 146?

The sponsor of that bill was spoken to, and it was understood there might be some objections to advancing that particular item above its present place on the order paper. But items 145 and 146 are small bills, they are non-controversial, and it is desired to send them to the miscellaneous private bills committee.

THE PROGRESSIVE INSURANCE COMPANY OF CANADA 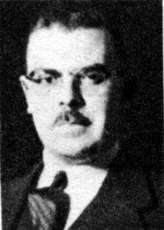 the second reading of Bill No. 343, respecting The Progressive Insurance Company of Canada.

May we have an explanation, please?

This bill provides for two things only. One is to change the name of the corporation from "The Progressive Insurance Company of Canada" to "London and Midland General Insurance Company". It provides also for an increase in the capitalization of the company.

Motion agreed to, bill read the second time and referred to the standing committee on banking and commerce.

THE BAPTIST CONVENTION OF ONTARIO AND QUEBEC

the second reading of Bill No. 344, respecting the Baptist Convention of Ontario and Quebec.

Mr. Speaker, perhaps the hon. member sponsoring the bill would state its purpose.

The bill in question is very short, having in view two purposes. Legislation with respect to the Baptist convention of Ontario and Quebec goes back to 1889 and was amended in 1911. The name of one of the boards of the church, which has been "the church edifice board" is proposed to be changed to "the church extension board". That is the only change in the first section, to bring it into line with similar names adopted by other churches and to make it more closely descriptive of the present function of that particular board.

Clause 2 of the bill enlarges and redefines the objects and powers of the convention in the light of its present activities and needs. Naturally, conditions have changed a good deal since the present section was first enacted.