Mr. Speaker, if my hon. friend will kindly let me see the letter he has and will discuss the matter with me personally I will be glad to look into the merits of the particular case.

I should like to address a further question to the Minister of National Health and Welfare. He said he would look into the particular case. I understand these are the rates right across Canada for visits by physicians to Indians. I will show him the particular case I have in hand, but I hope he will look into the matter from the point of view of the service right across Canada. 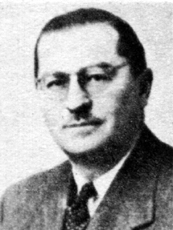 Mr. Speaker, on Thursday, February 14, the hon. member for Kootenay West asked the Minister of National Health and Welfare the following question:

Has the minister heard any suggestions that miners working in uranium mines may be subject to radiation? If so, is any research work being done to establish the facts in this matter?

At that time the minister said a more detailed answer to the question would be given later. I now propose to give that answer.

It has been recognized for some years that uranium miners may be exposed to radiation because the ore being mined contains radioactive material. Studies in Canadian mines have shown that standard mine safety practices, particularly ventilation, can reduce radiation exposure below levels which have been declared safe by international radiation protection authorities.

Provincial authorities and crown companies have investigated mines under their jurisdictions and have instituted appropriate safety measures and continuing programs of health supervision. The Department of National Health and Welfare, in conjunction with Atomic Energy of Canada Limited, took part in a survey of a crown-operated mine in 1954, and is maintaining close liaison with provincial and other groups in efforts to ensure continued safe working conditions.

member for Moose Mountain asked whether any complaints had been received about the postal facilities in the post office at Weyburn. A report was received a few weeks ago that due to the heavy load on general delivery and lock box sortation at the post office there was a shortage of lock box facilities, and arrangements were made immediately with the Department of Public Works to add more lock box facilities until the new federal building is completed, in which sufficient facilities have been provided.

REQUEST FOR ANSWER TO QUESTION ON ORDER PAPER

Mr. Speaker, may I ask the Minister of Citizenship and Immigration what progress his department is making in answering question No. 170 which was placed on the order paper over a month ago?

I shall endeavour to find out, sir. 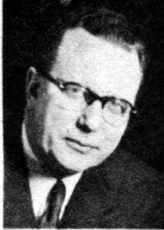 should like to direct a question to the Minister of Public Works. What is the current status of negotiations for the acquisition of a new post office site in Calgary? If these negotiations have been concluded, can we expect a start on construction in the current year?

We have had some problems there about property. Speaking from memory I think they have been pretty well overcome, but I had better take the question as notice and answer more fully at a later date.