Does not the minister have the power or the right-he has exercised it on other occasions-to submit to the governor in council an order for their consideration and approval?

Yes, sir. I quite frequently do that when I consider there is real merit in a case.

Does the minister mean that he has decided there is no merit in this case?

I said that an appeal is before the department and to the best of my knowledge it has not been decided. I think it would be quite improper for me to say anything more until a decision has been rendered.

You are prejudging the case.

Can the minister indicate when the appeal is likely to be heard? 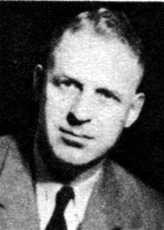 Mr. Speaker, I should like to direct a question to the Minister of Citizenship and Immigration. Will the minister please explain to the house why over 100 persons who have lived all their lives on the Hobbema Indian reserve south of Edmonton have now been notified that they must leave that reservation? If they must leave, what is being done to ensure that these unfortunate families will have homes to live in and incomes to sustain them in the future? Is the minister prepared to recommend to parliament an amendment to the Indian Act to prevent such expulsions in the future?

recognize that there has been an extraordinary amount of interest in this case, particularly in Alberta, and I hope hon. members will bear with me if I give a somewhat lengthy explanation of the circumstances surrounding it.

It will be recalled that at the time the Indian Act was amended in 1951 this parliament saw fit to make provision for the establishment of band lists and for a procedure which would settle once and for all who were Indians and therefore entitled to live on the reserves which had been set aside for Indians. There were a number of long standing disputes as to the status of individuals who had been living on Indian reserves.

I believe that this case in the Samson band at Hobbema is the last of the outstanding cases to be settled. My information is that 27 protests, as is provided for under the act, were made by Indians living on the reserve who were questioning the right of other persons living on that reserve to remain there on the ground that those persons were not Indians within the meaning of the act. One hundred and seven individuals were involved.

In fact, the department has not taken any steps to have these people moved from the reserve; it has not denied them relief or anything normally given to Indians. The only thing which has been done has been to withhold the share of any payments of moneys belonging to the band for distribution among members of the band and I think this was the only course we could possibly have taken unless and until the case is brought before the courts.

It does seem to me it would be a very extraordinary procedure for the government to recommend, or for parliament to take, action now while there is a provision in the law for a decision to be made by the courts, or to legislate before an appeal has been taken and a final decision reached. After all, what is involved here is not something which belongs to the government or to the people of Canada generally; it is something that belongs to a particular band of Indians, and for this parliament or for anybody else to say, in an arbitrary manner, that a certain number of people should or should not be considered to belong to that band, when a procedure is already laid down by statute for the purpose of making this determination, would appear to me to be an extraordinary course of action.

It seems to me the only thing we can do is to wait until February 6. If an appeal has not been entered for that date, we can then give consideration to what course it may be desirable to take. I sincerely hope that an appeal will be entered. Unfortunately, that question does not lie within the power of the minister to decide; it is solely a matter for the aggrieved parties to decide for themselves.

The second question asked by the hon. gentleman was whether I could say what would be done for these people should they have to leave the reserve. That seems to be a hypothetical question, and it will certainly remain one at least until the 6th of February and, if an appeal is entered, for some considerable time after that. I do not think it would be proper at this time to try to give a definite answer with regard to a situation that may never arise. As to

Inquiries of the Ministry whether there would require to be some kind of legislation in certain eventualities, I feel the same answer must apply. I should like to repeat, I sincerely hope that an appeal will be entered against the decision of the registrar, that this matter will be determined before a judge, and that the law will be allowed to operate in the manner laid down by parliament.

the minister a supplementary question? In view of the important issues involved in this and possibly-I only say "possibly"-in similar cases, would the department consider providing counsel for the Indians if they should indicate a desire to appeal?

In this particular case

the Indians have retained a lawyer in Calgary who has made certain representations not only to the minister but to the Prime Minister and, for all I know, to other members of the government as well. I would be very happy to make that correspondence public if anyone would like to see it. I believe that there is no question but that they have counsel and the counsel they chose. I do not think there is any difficulty in that regard at all.

INQUIRY AS TO FEDERAL GOVERNMENT PROPOSALS

Mr. Speaker, I should like to direct a question to the Minister of National Health and Welfare. Will the minister comment on week-end news reports to the effect that Ontario is giving consideration to the government's hospital insurance program? Can the minister say whether the current interest is in the proposals as outlined a year ago or whether changes in those plans are being proposed?

friend asked a somewhat similar question in general terms last Monday. I would direct his attention to my reply of that date. I believe that at this time I can say no more.