AMENDMENT TO GIVE PREFERENCE TO BILINGUAL CANDIDATES 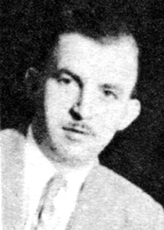 for leave to introduce Bill No. 159, to amend the Civil Service Act.

MR. DUFRESNE REFERENCE TO PRESS REPORT OF REMARKS IN DEBATE

Mr. Speaker, I rise on a question of privilege. On Tuesday, the 28th of February, 1956, as stated in Hansard of that date on page 1617, I asked the Minister of Citizenship and Immigration the following question:

Is it the minister's intention to recommend special security measures to be taken upon the return of Tim Buck from Moscow?

A Quebec Conservative member of parliament suggested ironically in the Commons today that Canadian communist leader Tim Buck would need "protection" when he returns from the communist party congress in Moscow.

This news report had the effect, no doubt inadvertently, of leaving the impression that I was asking for protection for Tim Buck, while my purpose was to suggest that protection should be taken against Tim Buck.

I deplore the interpretation given to this question by the press. I believe it is most unnecessary for me to declare again my firm determination to fight, by any means at my

command, communism in Canada. My very question was prompted by my desire to protect the Canadian people from the danger of communism, and the possible and probable stepping up of communist activities in Canada as a result of Tim Buck's return-

Order. I had hoped that the hon. member could finish his statement before I was obliged to intervene. Unfortunately I must tell him that, for the purpose of that question of privilege, it looks as though he is going beyond what is necessary.

Order. The hon. member has stated his question of privilege and has put the record straight.

Mr. Speaker, I wish to direct a question to the Minister of Transport. What is the amount of the settlement which the St. Lawrence seaway authority has agreed to pay as compensation for the land being expropriated from the Caughnawaga reserve? I regret that I have not given the minister longer notice.

Mr. Speaker, the hon. member was good enough to send me notice of this question just as the house opened. I am unable to tell him what is the amount of the settlement to which he refers. It will be necessary to consult with the authority to find out whether the information is available and whether it should be made public.

Inquiries of the Ministry from woodworkers in eastern Quebec who have been disqualified for their unemployment insurance because they could not afford to pay their train fare to go and work in the bush around Clova, Quebec? If so, can he tell us whether the number of unemployed so disqualified is some 2,000 or over and what steps the department is going to take with regard to the matter?