I wonder whether the minister can tell why it has not been in effect before this time? Can he tell us why two years have elapsed since it was passed and it has not yet gone into effect?

Because with regard to the Yukon Act as well as the Northwest Territories Act which are presently in force there are certain provisions which do not appear in the new acts but are covered under the new Criminal Code. We could not have the new Yukon Act and the new Northwest Territories Act come into force before the new Criminal Code comes into force, which is on April 1. 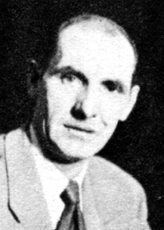 First of all, I should like to say that I was in error when I spoke about three sessions having to do with the Northwest Territories. Nevertheless that is a true statement in connection with the Yukon Act. I was glad to hear the comments made by the hon. member for Yukon (Mr. Simmons) with respect to provincial status. I think the fact that these men met for five days and passed 55 pieces of legislation is a fair indication that they are under the influence of the deputy minister of northern affairs and national resources.

I am sorry, the commissioner, who is appointed by order in council. I should like to ask the minister two questions. First of all, what is being done about travelling allowances? If these people are going to come to Ottawa it is going to take considerable money. I wonder whether allowance is being made for that. Second, have the minister and his department given any active study to the proposition of provincial status for these territories?

As to the second question, I said last year in the house and I have said in public many times that our ultimate objective is to grant provincial status to the Yukon and the Northwest Territories, but for the reasons that have been given by the hon. member for the Yukon we do not believe that the time has yet come. The population is too small and the revenues of these two territories are not sufficient to cover the expenditures that would have to be made for provincial services by the new provinces if they had provincial status at this time. There is only a population of 10,000 in the Yukon and 16,000 in the Northwest Territories. The population of the Northwest Territories is scattered not only in Mackenzie district, where the four elected members are elected, but also in Keewatin and Franklin districts. As a matter of fact, in the district of Mackenzie from which the elected representatives come, the non-Indian and non-Eskimo population is less than 5,000.

I do not want to enter into a general debate on this matter except to add a word to those of the hon. member for Mackenzie River a short time ago on the previous resolution when he asked the minister to consider inserting a provision in the bills for both territories for a minimum payment to the elected representatives. In order to get the best men for the job and to be assured that they will give proper consideration to their positions, it seems to me that a minimum payment would help a great deal. I think it is a good idea and I think it should be made applicable in the case of both bills.

Resolution reported, read the second time and concurred in.

Mr. Lesage thereupon moved for leave to introduce Bill No. 180, to amend the Yukon Act. .

that the house go into committee to consider the following resolution:

That it is expedient to bring in a measure to amend the Historic Sites and Monuments Act to amplify the definition of "historic place", to change slightly the representation of the board, and to provide further for changes in the method and amount of payments to members appointed by the governor in council, of living and travelling expenses and to provide for the payment of stenographic allowances.

Is it agreed that I do leave the chair for the house to resolve itself into committee of the whole on this resolution?

Motion agreed to and the house went into committee, Mr. Applewhaite in the chair.

Mr. Chairman, there are several members who have remarks to make on this resolution, and as it is now ten o'clock I think we should suspend further consideration of it.

At ten o'clock the house adjourned, without question put, pursuant to standing order.