For a return showing the names of all personnel in the P.F.R.A. and P.F.A.A. who are officials or field officers, coupled with the salaries and expenses paid to each of them during the year 1954.

On the order: Mr. MaeDougall-The following proposed resolution:-That, in the opinion of this house, the government should give consideration to the advisability of increasing the war veterans allowance and permissive income. 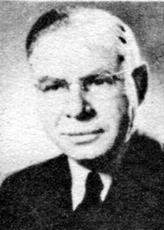 That it is expedient to amend the War Veterans Allowance Act to increase the allowances and the permissible income; to further extend the benefits of the act . . .

And so on. If we were to allow debate on this motion, it would anticipate a debate on a government order which has priority because the motion which stands in the name of the Minister of Veterans Affairs is one which is the first stage of a money bill. If hon. members will look at Campion, An Introduction to Procedure of House of Commons, page 144, under the heading "Rules relating to Substantive Motions", paragraph (5), they will find this:

Finally, certain matters by their very nature are

inadmissible in debate, whether upon motion or otherwise. Such are matters anticipating an order of the day, and matters which have already been decided during the current session.

Then if the hon. member will look at page 152, under the heading "Anticipation in Debate", he will see this:

In applying the anticipation rule preference is given to the discussion which leads to the most effective result, and this has established a descending scale of values for discussions-bills, motions, amendments, etc. Thus a bill or other order of the day must not be anticipated by . . . discussion of a motion, amendment, or subject raised on another motion, such as that for the adjournment of the house.

By virtue of this rule the notices of motions standing in the names of the three hon. gentlemen I have mentioned must be dropped from the order paper because they are not admissible in debate.

This notice of motion, No. 7, is dropped.

That, in the opinion of this house, immediate consideration should be given to the advisability of introducing a bill or declaration of rights to assure amongst other rights:

2. That habeas corpus shall not be abrogated or suspended except by parliament;

3. That no one shall be deprived of liberty or property without due process of law, and in no case by order in council;

4. That no tribunal or commission shall have the power to compel the giving of evidence by any one who is denied counsel or other constitutional safeguards.

And that as a preliminary step the government should consider the advisability of submitting for the opinion of the Supreme Court of Canada the question as to the degree to which fundamental freedoms of religion, speech and of the press and the preservation of the constitutional rights of the individual are matters of federal or provincial jurisdiction.

If there is to be only one debate on human rights, Mr. Speaker, may

I have the privilege, with the unanimous consent of the house, of withdrawing my motion?

No one shall be subjected to torture or to cruel, inhuman or degrading treatment or punishment. '

In the light of your suggestion, Mr. Speaker, I also wish to withdraw my motion.

Might I ask my hon. friend a question? These are the material-

I have one more.

The above articles shall not be deemed to abridge or exclude any rights or freedoms to which any person is otherwise entitled.