Item agreed to. Northern administration division- 322. Administration including a grant of $5,000 to the Arctic Institute of North America, $212,515.

This item has to do with the northern administration division and as such I presume it covers expenditures in the Arctic islands of the northland. I should like to draw the attention of the minister to the current issue of Time magazine, that of May 10. On page 68, in the section dealing with science, there is an article with the heading "Under-ice Mountains" reporting discoveries made by Russian scientists. The article reads in part as follows:

Much of the rest of the Arctic sea's bottom is mountainous too. The Russians said that earth folds run across it from eastern Siberia to Elies-mere island, north of Canada. They did not say how they got this information; presumably they did it by echo-sounding through the Arctic ice or through holes cut in it.

There is also a map here indicating the same thing, that Ellesmere island is north of Canada. I think it is of some importance that Canada should never lose an opportunity to assert her sovereignty over these islands in the Arctic ocean. I am wondering whether there is any action that could be taken by the minister with respect

to this article. It might be a good idea for him to draw to the attention of the editors of Time that Ellesmere island is part of Canada. This sort of thing, if allowed to go without comment, could possibly lead to difficulty in the years ahead. I believe that these Arctic islands are going to prove of great value to this nation. In any event, we do not want another nation stepping in there and asserting sovereignty.

I quite agree with the hon. member, Mr. Chairman, that we should do everything to assert our sovereignty in those Arctic islands, of which Ellesmere is the most northern. About a year ago the Royal Canadian Mounted Police established a second post on that island. Just two or three months ago I announced in the house that a group of islands had been named after Her Majesty, Queen Elizabeth, and that group includes Ellesmere island.

If I were to follow the suggestion of the hon. member it might very well be that the editors of Time would draw my attention to the fact that they had used some kind of telegraphic style and what they meant was north of continental Canada, but since they were trying to save space, they had omitted the word "continental". I am grateful to the hon. member for drawing my attention to that article.

Time cannot do that to us.

If the Royal Canadian Mounted Police post is on Ellesmere island, then a Canadian flag is flying there

The Arctic Institute of North America, Mr. Chairman, is a joint organization including United States and Canadian citizens who are making special studies of the Arctic. This institute has done a lot to make the Arctic known to the rest of the world. The United States government and the Canadian government are contributing to the operation of this institute, to which I believe I should at this time pay tribute for the work it is doing for the development of the Arctic and having this part of the North American continent, this part of Canada, better known.

I suggest to the minister that next year in his report he include an item concerning the Arctic Institute of North America, since it is of such importance. This procedure might obviate in the future the necessity for a question such as I asked.

I notice in the details for this item on page 395 there is reference to publication of a book of wisdom for distribution to Eskimos. In what language is that written?

It is written in both English and Eskimo. 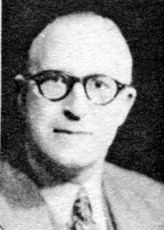 This item covers the cost of federal administration of the Yukon Territory, and assistance in the construction of roads. As I said previously, none of this goes towards the cost of the territorial government. I notice there is a decrease of $68,837 from the vote provided for the same purpose last year which is made up of a decrease in the federal contribution towards the construction of roads. In view of important mining developments taking place in the Yukon and the need for encouraging these developments by improved road facilities, I feel this is regrettable. I wonder whether the minister would tell me how this decrease came about?

While we are discussing this item, I should like to ask the minister if he would give some consideration to some arrangement whereby the elected members of the Yukon council would have a real voice in the direction of territorial affairs, and in the administration and actual operation of public business. There has been a marked tendency, especially in the past few years, to centralize the administration of territorial government affairs in Ottawa rather than to decentralize them. Many people in the Yukon feel that the territory should work steadily, step by step, towards greater autonomy and the eventual achievement of full-fledged province-hood in the Canadian federation.

I am sure the hon. member for the Yukon is aware of government policy with respect to road building in the Yukon. Since 1951 we have classified the roads according to three types. One is trunk roads, then secondary roads and resources roads. As to secondary roads, of course, they all come under the jurisdiction of the territorial

Supply-Northern Affairs government. There are those which are within the area or territory of one given community.

May I interrupt the minister? Is there any federal assistance combined with territorial assistance to help a private mine in the construction of what could be classified as a mining road?

There has been some help with construction, yes. There is one instance that comes to my mind at this time, where we participated in the construction on the condition that the company would look after maintenance.

As I said the other day when talking about the problems of transportation in the Northwest Territories, after the problems of education and health, which are basic of course, the main problem that we have to deal with in the Yukon and Northwest Territories is transportation. One of the factors, if not the main factor, in the high cost of living in the Yukon and Northwest Territories, is the cost of transportation. As I said the other day, the officials of my department are now going into that question very thoroughly. This problem may be less difficult in the Yukon than it is in the Northwest Territories because of the outlet we have to these via Whitehorse and Skagway. I can assure the hon. member for the Yukon that there is nothing more to the forefront of my mind that the development of the north country, and since the transportation problem is one that we have to cope with mainly for economic development it is one to which I have given and will give the highest priority. For example, the hon. member has drawn my attention to the possibility of building a road from Carmacks along the Little Salmon river to the Pelly river and we are at present considering that possibility. I hope we can come to the conclusion for which my hon. friend hopes and have an amount in the supplementary estimates which will make the survey of the road possible this year. Of course, we have to be careful, for there have been instances in the past where we have

Supply-Northern Affairs built or participated in the building of roads which were later abandoned because the mines in which there had been placed a high degree of confidence turned out to foe uneconomic to operate.

I agree that some risks have to be taken and I do not mind taking a few risks, but a balance must be kept and a certain amount of care exercised. Such a balance is difficult to keep at times, but I can assure my hon. friend and all members of the committee that I am working hard on these matters in view of the need for development of the north country, and they may rest assured that I would be the last one to cause any delay. What I want is action and action now.

Mr. Chairman, I just wish to thank the minister for the attitude he has taken in regard to the north country. I am sure the people there will be very pleased to learn of it.